A typical day at Keck

It's been a while since I've spent a whole day at an observatory, slaving away to catch a few photons from some distant object. Maybe if it had been as awesomely cool as depicted in this video of the Keck observatory by Andrew Cooper (and dedicated to the summit day crew), I'd still be doing research instead of writing about it! 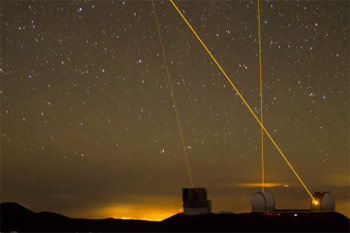 How fun! All the action is documented on the Vimeo page for the video

so you can figure out what you're seeing. I love the lasers -- Keck, Defender of Planet Earth! Also, I love the music. Very Rube Goldbergy/Pee Wee Hermanesque.