A Sweet View of the Icarus of Comets

Comet C/2011 N3, a 160-foot-wide ball of rock and ice, was brutally incinerated by the sun’s atmosphere. But it was quite a sight. 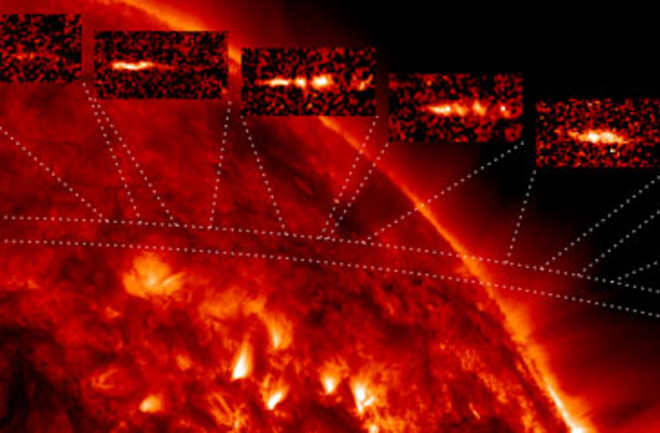 Comet C/2011 N3 is fondly remembered as the first comet ever captured on camera as it succumbed within the sun. Although comets appear in the solar neighborhood about twice a week, they usually disintegrate long before getting so close.

On July 4, 2011, Lockheed Martin astrophysicist Karel Schrijver spotted the comet on satellite images and quickly determined that it was on a collision course with the sun. He tracked its death plunge on July 6 with the ultraviolet camera on the NASA Solar Dynamics Observatory satellite. Over an exhilarating 10 minutes, Schrijver followed C/2011 N3 as it hurtled deep into the sun’s atmosphere before vanishing some 50,000 miles from the solar surface. He chronicled these final moments in a study published in Science in January.

The comet is survived by about a trillion siblings roaming the solar system, including the daredevil comet Lovejoy. On December 15, Lovejoy made a similar dive into the sun’s million-degree atmosphere, yet it remarkably reemerged on the other side. It had lost most of its tail, but it recovered within hours as it sailed outward toward cooler real estate.

Schrijver says C/2011 N3 and Lovejoy will provide astronomers valuable new information about the physical processes active within the sun. “We can’t send a probe into the sun,” he says, “but nature has provided us a means to put matter there and do an experiment with it.”