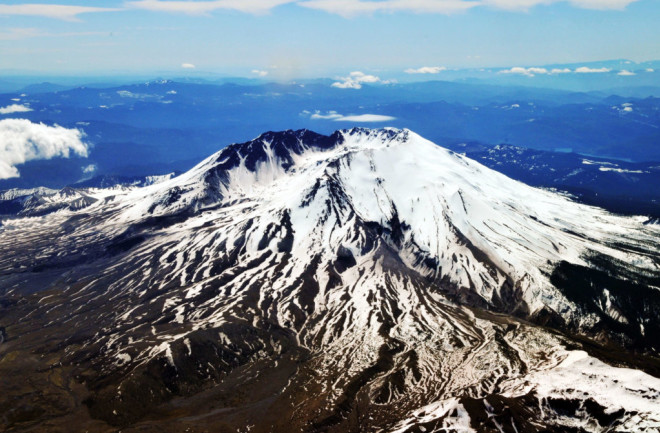 An aerial view of Mount St.Helens in Washington State from May 2009.Getty Images Let's look at some volcanic rumblings and eruptions from the last week: WashingtonMount St. Helens is keeping up its unsettled 2016, this time with another small earthquake swarm. The USGS detected over 120 earthquakes over the last few days, all occurring 2-4 kilometers (1-2 miles) beneath the volcano and all very small (less than M1). These earthquakes, like the ones that happened earlier this year, are likely caused by magma moving or faults adjusting as pressure changes within the magmatic system underneath Mount St. Helens. It doesn't change the status of the volcano: It's active, taking what will likely be a brief rest before its next eruption. That could still be years from now. Kamchatka On the other side of the Pacific Ocean, Shiveluch had one of its many explosions, destroying the small lava dome/plug in its crater and generating an ash plume that reached 11 kilometers (~36,000 feet). The ash drifted mainly to the NNE but luckily no one lives in that direction (or pretty much anywhere close to Shiveluch). Due to air traffic over the region, an orange aviation alert was raised to warn airlines of the Shiveluch ash plume. Some brief bits: