A Philosopher Asked Physicists: 'What is a Black Hole?' 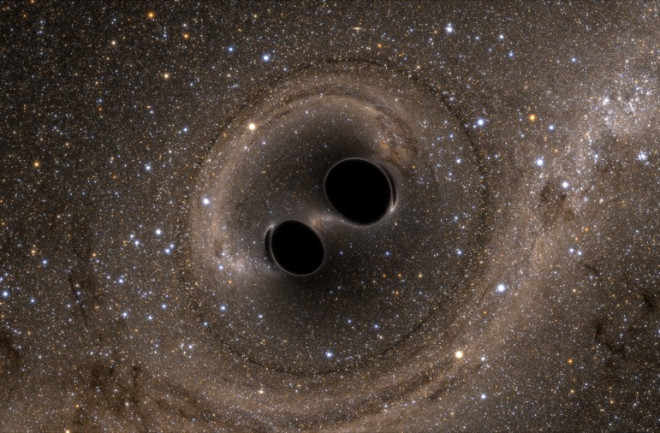 Physicists know what black holes are, but disagree on how to describe them. (Credit: SXS)

Ask a dozen physicists what a black hole is, and you may get a dozen different answers – at least if those physicists are from different sub-fields. But new philosophy research suggests that may be okay, and may even lead to more interesting findings for black holes in the future.

Such is the conclusion of Erik Curiel, who asked many different physicists across a range of research fields how they defined a black hole. Curiel works at the Munich Center for Mathematical Philosophy at Ludwig-Maximilians-Universitaet in Germany. Having studied both philosophy as well as theoretical physics, Curiel is well-suited to investigate, on its most basic level: What is a black hole?

In his paper, published Jan. 8, in Nature Astronomy, Curiel notes that, “different communities in physics simply talk past each other,” when it comes to the definition of a black hole. They use definitions that apply to the questions within their field, but these definitions may not square with how other physicists see things.

For instance, Curiel finds that astrophysicists tend to use concrete terms to describe what a black hole is and how it acts. Astrophysicist Ramesh Narayan told Curiel, “A black hole is a compact body of mass greater than four solar masses…”

But scientists who study classical physics are more likely to venture into brain-bending explanations of what happens to time inside a black hole, with terms like “the boundary of the causal past of future null infinity,” wording laid down by Stephen Hawking as black holes were first being introduced. Theoretical physicist Gerard ’t Hooft invoked a mathematical definition by telling Curiel, “A black hole is the solution of Einstein’s field equations for gravity without matter…”

In essence, Curiel found that scientists within the same field generally agree on what defines a black hole. But these definitions vary drastically from field to field. Many scientists also admitted that giving a simple explanation of a black hole is still exceedingly difficult, even though they’ve been studying these objects for decades.

Yet to Curiel, this disparity in definitions lets physicists investigate black holes from many different angles, leading to richer and more diverse discoveries. And while scientists may not use the same words to describe black holes, neither do they conflict with each other.

And not all scientists chose technical definitions of any kind. Astrophysicist Avi Loeb summed it up for Curiel in terms anyone could understand, regardless of their physics background: “A black hole is the ultimate prison: once you check in, you can never get out.”