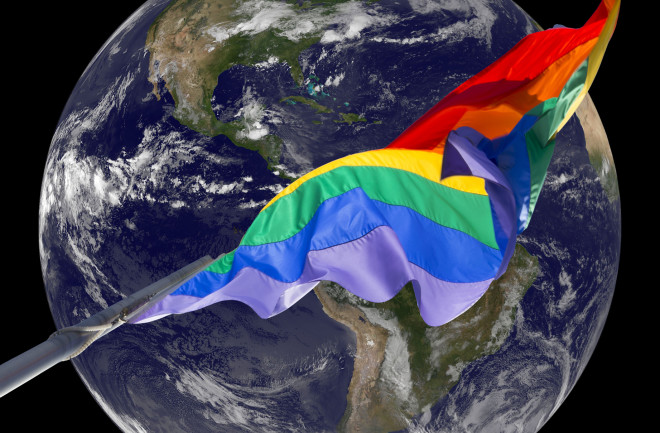 Earth image: GOES-East weather satellite. LGBT flag: Lukas Volk/Flickr Creative Commons. Photoshop composite: Tom Yulsman Here at ImaGeo, I've mostly stuck to reporting, analyzing and commenting on science from a journalistic perspective, with a strong focus on compelling imagery. But with today's landmark decision by the Supreme Court legalizing gay marriage in all 50 states, I thought I'd depart from that practice just this once — with the image above. In one small measure, it is in keeping with ImaGeo: The remote sensing image is a view of the Western Hemisphere acquired this morning by the GOES-East weather satellite. As for the flag, it is, of course, a symbol of the LGBT movement. I've composited the two images using Photoshop. I realize that people of good will have honest disagreements over the issue of gay marriage. I very much respect that. And now, back to science — specifically, a post about the approach to Pluto by the New Horizons spacecraft. I was working on it when the Supreme Court decision came down. Stay tuned for that post a bit later today.