A History of Hits and Misses in Predicting New Planets 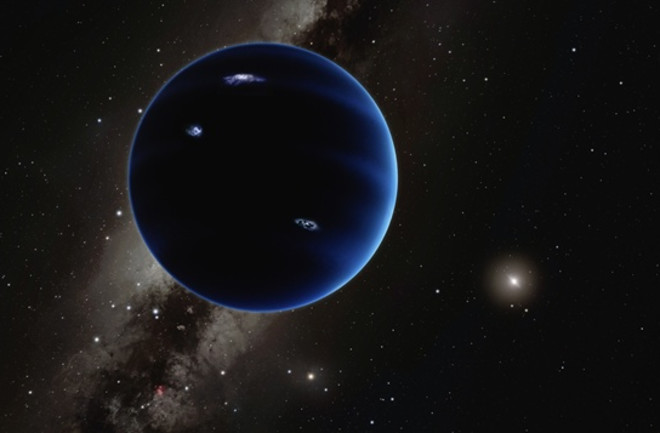 Planet Nine could be lurking in the outer solar system, or it could join the ranks of other discredited planets. (Credit: Caltech/R. Hurt (IPAC)

In 2016, astronomers announced there was a new planet in the outer solar system. Planet Nine, supposedly larger than Neptune and located far beyond the orbits of the planets known so far, is a particular mystery since no one has yet observed it. Scientists have merely tracked its supposed orbit by watching the gravitational pull the planet exerts on the asteroids and space debris near it.

But this isn’t the first time scientists have predicted planets before spotting them. It’s not even the first time they’ve done it because of hard-to-explain orbits. And they’ve usually been wrong.

Way back in 1845, two astronomers named Urbain LeVerrier and John Couch Adams independently looked at the orbit of Uranus as measured by astronomers, and the predictions of its orbit based on Kepler’s Laws and noticed something was amiss. Unaware of each other’s work, they both concluded that another planet must be present to perturb the orbit in such a way, and each calculated its position and mass.

LeVerrier worked with more alacrity, and gave his predictions to astronomers Johann Gottfriend Galle and Heinrich Louise D’Arrest, who found the body the very next night, exactly where LeVerrier had predicted. Neptune joined the pantheon of planets, and Adams wished he had worked faster.

But after watching Uranus and Neptune for a few decades, astronomers decided their orbits still didn’t seem quite right. Reasoning varied: Some didn’t think Neptune’s mass could perturb Uranus into its observed orbit, others thought Neptune’s orbit wasn’t quite correct.

Ultimately, many astronomers convinced themselves another planet must be hiding out there beyond Neptune’s orbit. And the hunt began again. Percival Lowell in particular dedicated himself to hunting for the so-called Planet X, even founding a famous observatory toward that end that still bears his name. He died before the mystery was resolved, though not before feuding with other astronomers about the qualities (and quantity) of the undiscovered planet(s).

In 1930, Clyde Tombaugh, working at Lowell Observatory 14 years after its founder’s death, found a tiny speck moving slowly along the outer solar system. Pluto was celebrated as the ninth planet. But there were problems almost immediately. The long-sought planet wasn’t big enough to have disturbed the gas giants’ orbits in the way scientists were observing. It was proved, fairly quickly, that Pluto could not the be planet scientists had been looking for.

In 1992, updated Voyager data revealed a slightly embarrassing mistake: Neptune and Uranus’ orbits are fine, and always were (once Neptune entered the picture). Neptune simply was less massive than originally thought. But we got a planet, Pluto, out of the mistake — at least for 76 years.

Mercury’s orbit also never made sense, according to Kepler’s laws, and its movement puzzled astronomers — among them the same LeVerrier who accurately predicted Neptune’s position. Astronomers were eager to find a new inner planet as well. But Mercury is much closer than Uranus, and it was less conceivable to posit a planet we somehow never noticed so close to us. And, just as importantly, so close to the Sun, with all the reflective glare that implies.

Still, a stubborn group of astronomers maintained for decades that since Mercury’s orbit was off, something had to be perturbing it. Hence, the enduring rumors of a planet Vulcan, supposedly a tiny planet orbiting between Mercury and the Sun. Various astronomers even claimed to have observed Vulcan, though their findings were never reliably replicated.

Eventually, some seventy years after LeVerrier’s work, Einstein published his theory of relativity, including the idea of the curvature of spacetime by massive objects. Mercury, orbiting closest to the Sun, bears the brunt of this effect. Vulcan was a bust.

Planet Nine is suspected to exist because of the clustering of other objects in the distant solar system. (Credit: Caltech/R. Hurt (IPAC))

Planet Nine is suspected to exist because of the clustering of other objects in the distant solar system. (Credit: Caltech/R. Hurt (IPAC))

In 1999, a group of astronomers theorized that a planet they called Tyche, perhaps four times the mass of Jupiter, might lurk in the Oort Cloud, shepherding comets into the plane of the solar system. A planet that orbits nearly a quarter of a light-year from the Sun, as they described, could plausibly have been missed by most telescopes up to that point. But a planet that large would give off heat, and by 2014, NASA could conclude, based on scans of the infrared sky, that nothing so large cruised our outer solar system.

And now scientists are on the hunt for a ninth planet yet again. They have evidence: a growing pile of asteroids that lurk in suspicious clumps, as if swept there by an unseen hand — or planet, in this case. The planet in question should be large: more than twice the mass of Neptune. A new Pluto-sized world won’t resolve the orbital questions at hand.

And as our telescopes have gotten better and our observations have spanned a growing number of years, astronomers have found more worlds like Pluto beyond Neptune’s orbit. They will probably continue to find them. But another full-sized planet? Only time will tell.