A Giant Leap for Cheddarkind: Brits Launch Cheese Into Space 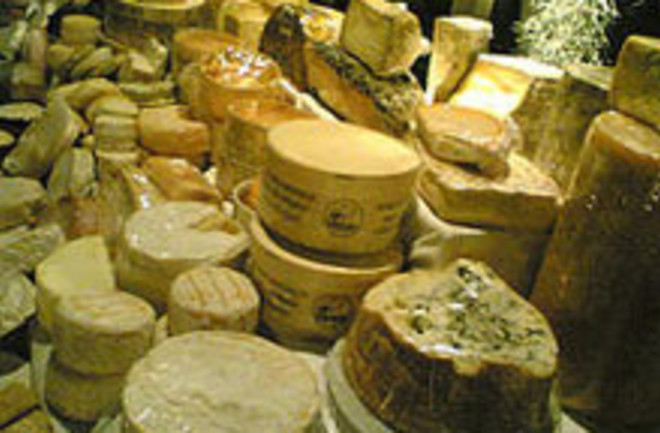 Humans have sent plenty of things into space—monkeys, other humans, and those cute little invertebrate tardigrades, just to name a few. Then came the hope that we could add solid cheese to that list. A group of British cheesemakers attempted to send the dairy product 18.6 miles into the atmosphere using a weather balloon with a GPS tracking device, and digital camera attached. Once the 300-gram chunk of cheddar cheese reached its destination, the cheesemakers hoped, it would float peacefully back to Earth, thanks to a parachute that deployed once the balloon hit space. But to the chagrin of cheese-lovers everywhere, the mission met with disaster, and the cheese is now MIA, according to the Daily Mail:

Within ten minutes of taking off the tracking system failed. "We think it's somewhere in the East of England—possibly in Essex or Hertfordshire," said Dom Lane, of the West Country Farmhouse Cheesemakers' Group. "We wanted to take a photograph of a piece of cheddar floating majestically in the firmament with the curve of the Earth below it."

Let's hope the cheese doesn't fall from the sky onto some unfortunate fellow's head. Want to see more? Check out this cheesy video, courtesy of BBC News. Related Content: Discoblog: Caution: Your Cheese Grater May Be Radioactive, Study Finds Discoblog: Dear Aliens: Would You Like Some Processed Chips? Discoblog: Children’s "Teddy-nauts" Shot Into Space Discoblog: Bugs that Can Travel in Space…Naked