A Fossil From the Heavens

A meteorite with a fingerprint unlike any other. 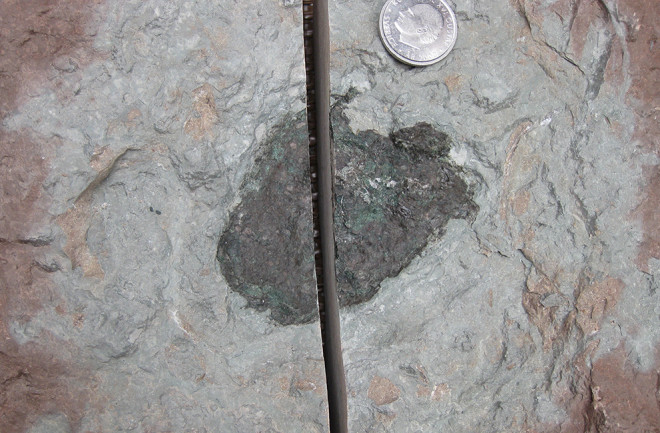 Even seasoned meteorite hunter Birger Schmitz got excited when he saw the 3-inch “mysterious object” in 2011.

Schmitz, a Lund University geologist, had spent two decades inspecting a Swedish quarry for space rocks. The mysterious object — called Österplana 065 (Öst 65) after the quarry site — was found in the same limestone as more typical meteorites, suggesting it hit Earth at the same time, roughly 470 million years ago. But Öst 65’s chemical fingerprint was different from any meteorite found on Earth.

This led Schmitz and colleagues to announce in June that Öst 65 may be the first known “extinct” meteorite, meaning others like it no longer float in space, having been totally obliterated by collisions.

Scientists have speculated about extinct meteorites, but “not until you can hold it in your hand can you say it’s for real,” Schmitz says. Finding one gives us a glimpse into what the solar system was like all those years ago.