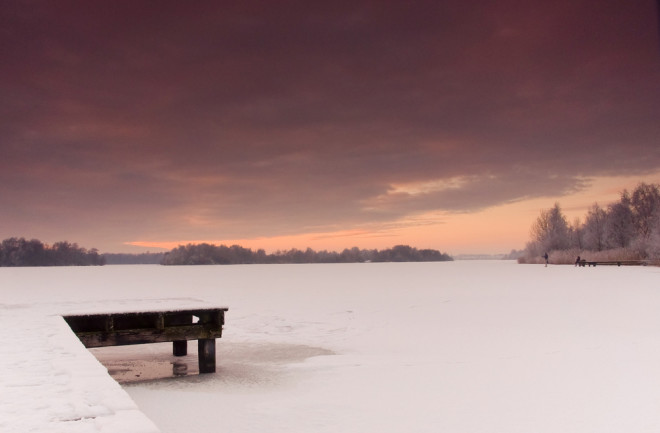 Those of us brave souls who inhabit America’s northern climes know that it’s not the cold that brings on the winter blues. You go to work and it's dark. You leave work and it’s dark. The sun? What's that?

Indeed, as I post this at 3:30 p.m., the sun is already nearing the horizon. The sky above is dark. Today — the Winter Solstice — the sun will set at 4:20 p.m. here in Milwaukee. But that’s actually pretty weird. It’s the shortest day of the year, yet the sun was setting several minutes earlier last week. And the latest sunrise won’t happen until January—the exact date varies by latitude.

So why doesn’t the Winter Solstice, the point where the sun appears farthest south in the sky, coincide with the latest sunrise and earliest sunset? We’ll find the answer by examining a series of imperfections:

That last fact is a bit of a mind-blower, so let’s start there. My cell phone would tell me that 24 hours passed between noon today and noon yesterday. But that’s actually an average over the course of the year — not every day is 24 hours long.

Astronomers use the term solar noon to describe when the sun reaches its highest point in the sky for a particular day. And solar noon can vary by several minutes. This shift also shifts the time our clocks show for sunrise and sunset. For example, a couple weeks ago, solar noon happened at 11:52 local time. And a couple weeks from now, solar noon will fall later than noon, skewing the sunset later. Now let’s examine those other two factors, because they also play a role.

Earth does not orbit in a perfect circle around the sun. We’ve known that for centuries, so it shouldn’t be a shocker. However, at the solstices, when our planet is at its farthest and closest from the sun in its orbit, we sweep out a smaller angle. That means the planet has to rotate a bit more or a bit less to complete a day.

As a result, the day gets slightly longer or shorter, so our clocks fall behind or jump ahead. Finally, everyone knows that the reason we have seasons at all is because our planet is tilted off-axis (by 23.5 degrees). But Earth’s tilt on its axis ends up having another interesting effect on the weather. What’s neat is that the northern tilt — coincidentally — lines up to point away when Earth is closet to the sun. That moderates the weather. And then when the farthest point of our orbit from the sun happens as the north points away, it accentuates winter snowfall.

So, since we’ve reached the shortest day of the year, the days will now gradually get longer and the sunsets later. And before we know it, I’ll be complaining that there’s just not enough dark hours in the day to stargaze.