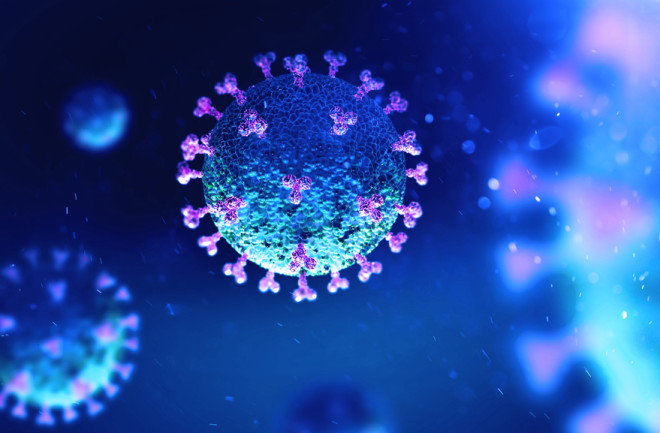 I've just come across a paper so strangely written that it can only be called mysterious.

The article is here. It's published in the Journal of Infection and Public Health, a peer-reviewed journal from major publisher Elsevier.

The paper's title is "An extensive study on the COVID-19 pandemic, an emerging global crisis" and it's a review of the science on the coronavirus. But it's a very odd review.

You really have to read the paper to fully appreciate its strange style, but here's a good example, from the abstract: the authors say that COVID-19 is "caused by extreme acute respiratory syndrome corona-virus 2 (SARS-CoV-2)."

A thesaurus will indeed tell you that 'extreme' is a synonym of 'severe', but anyone who knows the topic would know that you can't change words in 'severe acute respiratory syndrome' because it's a proper name. (We should take into account that English is probably not the authors' first language, but that doesn't explain it. An expert would know that 'severe acute respiratory syndrome' is a set phrase, even if they didn't know what those four words meant in English.)

The paper contains many other examples of inappropriate synonym-swapping. For instance, in a paragraph about the virus MERS-CoV, which was transmitted from bats to camels and then from camels to humans, the authors call camels the "medium home" of the virus. I think this was originally 'intermediate host'.

Describing x-rays of the lungs of COVID-19 patients, the authors say that "floor-glass shadows" are seen - the correct term is 'ground-glass shadows'.

Some of the authors' phrases are almost impenetrable. I still can't work out the origin of the sentence "laboratory tests demonstrated COVID-19 platitudes with lymphopenia, leukopenia, and thrombocytopenia". Perhaps 'platitudes' is a thesaurus replacement for 'commonplace' and the original phrase was saying that those symptoms are commonplace in COVID-19?

So why does this paper seem to have been co-written by a thesaurus? Well, there is actually a name for this pattern of writing: it's called Rogeting, after Roget's thesaurus.

Rogeting is sometimes performed by people who want to disguise the fact that their work is plagiarized. Swapping words for synonyms is enough to evade some plagiarism detection software.

I'm not accusing these authors of plagiarizing their paper - I have no direct evidence of that, and having read the paper I actually don't think it's what motivated the Rogeting in this case. I don't know what the motive was.

Still, this is a seriously dubious paper. I'm not sure how it passed peer review in this state. I'm not sure why it even got written. It turns out that the authors work in a department of electrical engineering, and they don't seem to have published anything about virology before.

Edit 29/1/2021: I spoke too soon when I said this paper isn't plagiarized. On Twitter, readers pointed out that some of the text and images seem to be based on this paper.

Another reader spotted more cases of image reuse. As far as I can see, almost all of the 11 figures in this paper are taken from other sources, with no attribution provided.

For instance, Figure 2 appears to be taken from this page, with no acknowledgement of the source - even though the source credit was included as part of the original image:

Meanwhile, Figure 10 looks to be this graph produced by the Financial Times, but no credit is given, and while most versions of the image I found include credit text in the image itself, this is absent here.