CERN discovery was more than 30 years in the making. 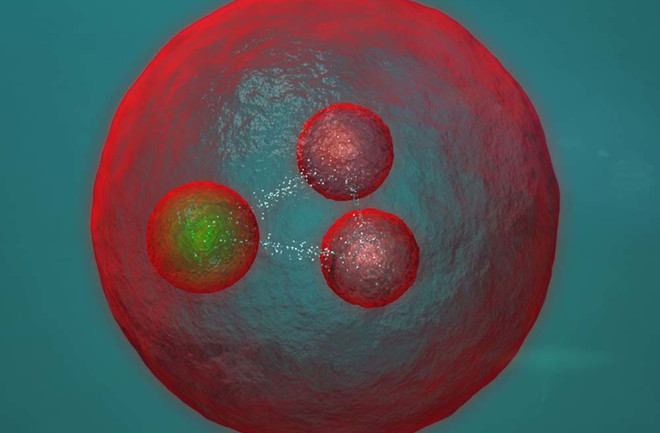 Meet the new particle, Ξc+c+, which includes one "up" quark (on the left) and two "charm" quarks (two to the right). | Daniel Dominguez/CERN

Physicists have found hundreds of particles made of quarks over the years. Protons and neutrons, for example, are made from “up” and “down” quarks, the two most common and lightest of the six so-called flavors of quarks. But the latest particle discovery, announced at CERN in July, stands out because it’s composed of one up quark and two of an uncommon quark flavor called charm.

Theories predicted the new particle — dubbed Ξc+c+ (pronounced ka-sigh-see-see-plus-plus) — more than 30 years ago, but charm quarks are rare and about five times heavier than up quarks, making them unlikely particle ingredients. It took three years of high-energy data collection to find enough Ξc+c+ particles for physicists to be confident in the discovery.

The insights into how the two charm quarks interact will lead to a better understanding of how these tiny components of the universe work together, including new predictions of exotic particles.