But if you were close enough to touch, you'd be entirely squished by the gravity. 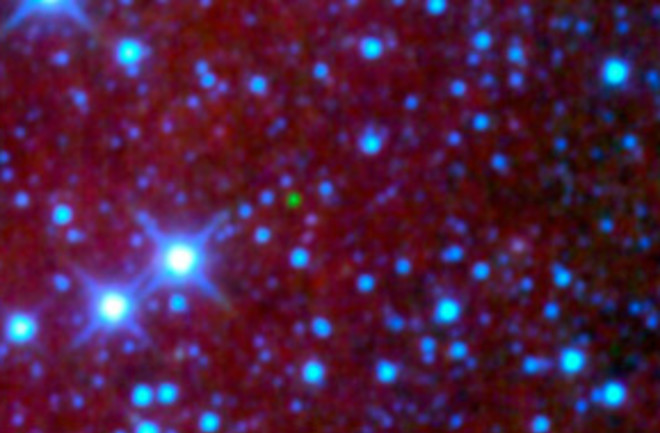 Stars form when dense gas clouds collapse under gravity. Normally an infant star heats up until the hydrogen at its center begins to fuse, releasing a flood of energy. But sometimes a star-in-the-making falls short. Too small to ignite that fusion engine, it becomes a “brown dwarf,” slowly bleeding away its heat and eventually reaching the ultracool Y dwarf stage.

Y dwarfs are too faint to be detected by visible-light telescopes, but NASA’s Wide-field Infrared Survey Explorer (WISE) satellite, which can sense infrared heat, picked them up easily. The satellite has found six of them in our galactic backyard, including one that is among the stars closest to our sun. “We’re finding neighbors we didn’t know we had,” says wise principal investigator Edward Wright.