Are we alone in the universe? What six decades of the search for extraterrestrial intelligence can teach us about this profound and eternal question. 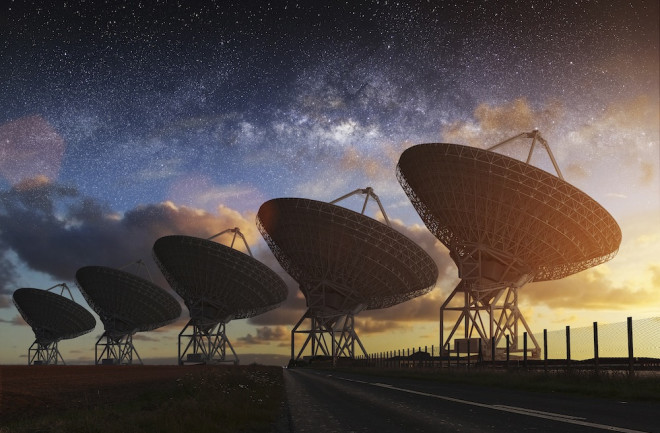 This article appeared in the December 2020 issue of Discover magazine as "Are We Alone." Subscribe for more stories like these.

Humans have, for millennia, looked to the night skies and seen themselves, their gods, their past and their future. But they have not yet seen their neighbors. It’s not for a lack of trying.

Sixty years ago, the official quest for such answers, aptly named the Search for Extraterrestrial Intelligence (SETI), launched in Green Bank, West Virginia. Young astronomer Frank Drake trained a radio telescope on two sunlike stars, looking for hints of intelligent life. Drake’s pilot survey of a few months, called Project Ozma, had been inspired by physicists Giuseppe Cocconi and Philip Morrison, who published an article in 1959 in the journal Nature suggesting that if alien civilizations communicated long distance, they’d probably use radio waves, arguably the most efficient method of sending communications between stars at the time.

Drake’s instruments unfortunately detected only the static of the universe itself. In the following decades, SETI expanded. NASA ran the High Resolution Microwave Survey, a two-pronged alien hunt that deeply analyzed nearby stars and more shallowly surveyed the whole sky. When the agency canceled that initiative, the SETI Institute started its similar Project Phoenix. Harvard University and the University of California, Berkeley, have run their own radio initiatives for many years. Most recently, Russian billionaire Yuri Milner funded a 10-year project called Breakthrough Listen. Scientists also diversified their strategies while widening the swath of the signals they search for. They’ve cast about for alien engineering projects, seeking, for example, evidence of Dyson spheres, star-enveloping devices that capture extrasolar energy. Still, nothing.

The universe, though, holds so many stars, radiating energy among so many frequencies of light, and emitting so many kinds of signals, that those decades of research represent a drop in the bucket.

So, although some experts conclude that humanity is alone, other scientists say we haven’t looked hard enough to make a pronouncement, one way or the other. As SETI celebrates six decades of searching, the December issue of Discover explores physicist Stephen Webb’s struggle to come to terms with humanity’s potentially singular existence, as well as the novel strategies astronomer Avi Loeb is proposing to prove naysayers wrong — or at least demonstrate that this effort warrants a sustained and serious commitment.

Read the features from our December 2020 issue: