From studying light pollution to growing tomato seeds that have flown in orbit, these citizen science projects can help you and your kids enjoy the cosmos at home. 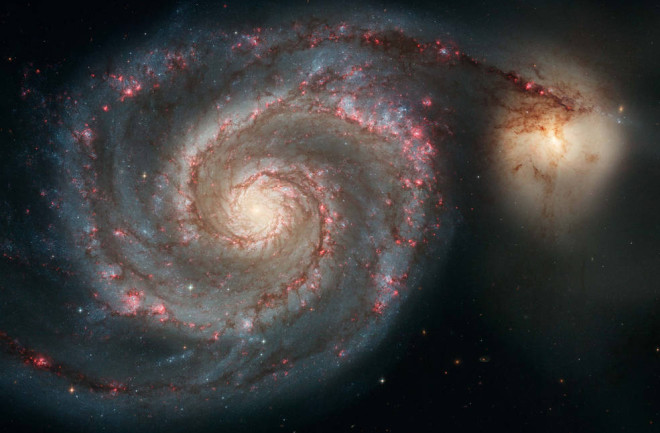 As the days get shorter and the nights get longer, it's prime stargazing time. To celebrate, we're featuring citizen science projects ideal for the astronomically-inclined, both those who love going out into the cool night air and those who prefer exploring from the comfort of their easy chairs. Either way, the cosmos await!

What mysteries await in the outer reaches of our solar system, beyond Neptune? Undiscovered planets? Dwarf stars? Swarms of lost socks? Scientists need your help to find out! You'll run your eyeballs over telescope images to spot potential new discoveries.

You and your cell phone can help NASA scientists by photographing the paths of satellites in Earth orbit. These spacecraft are accumulating and cluttering things up for scientists trying to see into space. Your contributions will help them track this growing problem.

The Tomatosphere project sends seeds to orbit and returns them for kids to grow back on Earth. (Credit: NASA)

If you take some tomato seeds, expose them to the conditions of outer space, and then plant them, what will happen? With Tomatosphere, it's your job to find out! The project staff provides the treated seeds, and you grow them, make observations and collect data. Tomatosphere is available to students in grades 3 through 10 in the U.S. and Canada.

NASA's OSIRIS-REx spacecraft made news recently by visiting asteroid Bennu. Now they're looking for more asteroid travel destinations and, if you have an 8" or larger telescope and a CCD camera, you can help. There are over a million asteroids with a diameter of more than 1 kilometer, and by joining Target Asteroids!, you'll check them out and help NASA plan future missions.

Spiral Graph asks users to trace out the shape of a spiral galaxy’s arms, helping give astronomers a potential proxy for studying a number of other properties. That may include things like a supermassive black hole's size and the overall mass of a galaxy’s dark matter and stars. (Credit: Spiral Graph/NASA, ESA, S. Beckwith/STScI, Hubble Heritage Team/STScI/AURA)

Even if you can barely identify the Big Dipper, your amazing human brain can identify properties of galaxies that baffle even the most powerful computers. That's why the Spiral Graph Project needs your help. You'll measure how tightly wrapped spiral arms are in galaxies and identify interesting candidates for future, detailed telescope observations.

The Globe at Night project invites citizen scientists to record light pollution in their own community. (Credit: DMSP/NASA)

If you can go outside at night and look up, you have what it takes to participate in Globe at Night, a project that's monitoring light pollution. Your job is to match the appearance of a constellation you see with 7 star maps of progressively fainter stars. Help create a global light pollution map with citizen science.

You can find more citizen science projects at SciStarter.org.