5 Times (At Least) Einstein Was Wrong 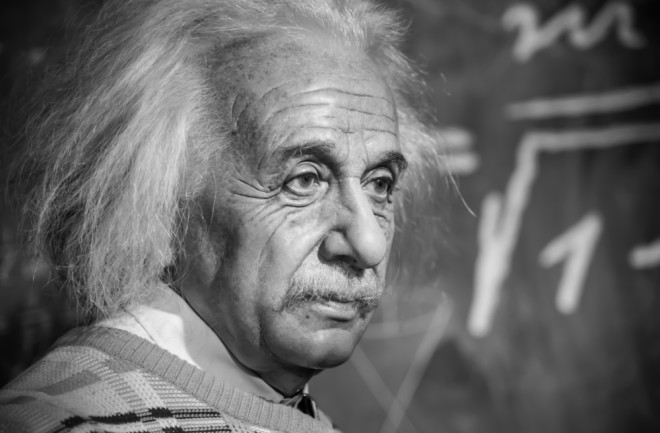 The past few weeks have featured a few stories about how Albert Einstein’s theories, or the ideas underpinning them, have all been confirmed to a new degree of accuracy. That’s usually the case: Scientists try to disprove Einstein, and Einstein always wins.

But that’s not to say the man was infallible. He was human, just like the rest of us, and did make some mistakes. Here’s a few of them.

When he was crafting his theory of gravity, general relativity, Einstein needed a bit of a fudge factor. Everyone back then assumed, based on the information available, that the universe was static, unchanging place, but his equations kept disagreeing. To make them fit the data, he added the factor, which he named the cosmological constant, into the equations. When he learned, in subsequent decades, that the universe is actually expanding, he supposedly exclaimed “Then away with the cosmological constant!” He famously considered it his biggest blunder.

But even Einstein’s mistakes are informative. When astronomers learned, to their astonishment, that the rate of the universe’s expansion was increasing — that galaxies were growing apart faster over time — they called the mysterious force responsible dark energy. And the cosmological constant, as a fudge factor that changes how spacetime interacts with energy, is still a leading contender.

Two years ago, scientists announced they had directly detected gravitational waves, literal ripples in the fabric of spacetime. It was a huge validation of Einstein’s work, which had predicted their existence almost exactly 100 years prior. The find also heralded a new era of astronomy, as researchers now have a new way to study the universe. But for a time, Einstein himself doubted they actually existed. In the 1930s, two decades after unveiling general relativity, he was set to publish a paper stating the ripples didn’t exist after all. He was eventually persuaded of their existence again, and of course now we know for a fact they exist, having actually seen them.

3. Implications of his theories

Many of Einstein’s insights into the universe were the result of his clever thought experiments — he literally revolutionized physics just by thinking hard about it. So he was clearly capable of coming up with big ideas and following them through. And yet, many times in his life, he resisted the weirder implications of his work.

One of the pioneers of quantum physics, the unpredictable science of the smallest particles, he never cared for the idea that the universe was, fundamentally, random. “God does not play dice with the universe,” he once said. (The physicist Niels Bohr supposedly responded, “Einstein, stop telling God what to do.”)

Einstein also didn’t care for black holes, a natural consequence of his general relativity, since the rules of physics goes crazy around the singularities at the center of the holes. And while he did believe in another consequence of relativity — that massive objects would warp spacetime enough to act as a kind of lens, redirecting the light from distant sources — he didn’t think we could ever see it. “Of course, there is no hope of observing this phenomenon directly,” he wrote in the abstract of the Science paper introducing gravitational lensing. Wrong.

Lest we believe Einstein’s genius at least precluded him from messing up smaller things (maybe he was more of a details guy?), the evidence again suggests otherwise. From errors in the various proofs of E = mc2 to failing to consider seminal experiments, and even just basic mathematical mistakes, Einstein had his share of slipups. No one was more aware of this than the man himself. As he told his gravitational waves collaborator, ““You don’t need to be so careful … There are incorrect papers under my name too.”

Okay, this may not quite rise to the level of these other issues, but let’s end by remembering that Einstein, scientific revolutionary and one of the smartest men of all time, also married his first cousin, Elsa Löwenthal, nee Einstein. (Not only were their mothers sisters, but their fathers were cousins too, making the married couple second cousins as well.) While their marriage does seem a relatively happy one, lasting until her death in 1936, the biological implications of marrying such close family are, uh, not great.