5 Obscure Formulas That Rule the World

You probably don't think about the Dirac equation on an average day, but it describes just about everything that happens to you. 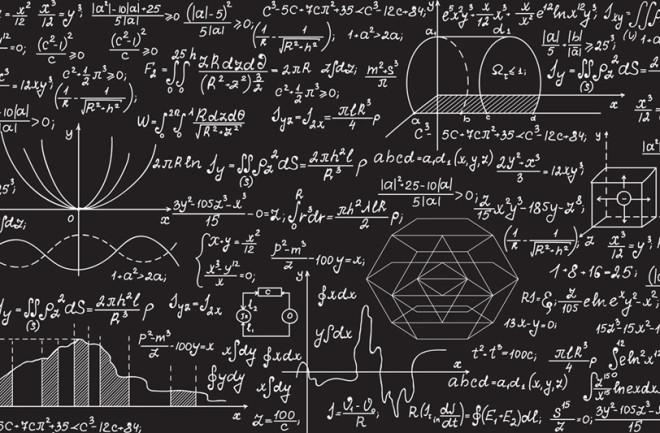 People hate losing money about twice as much as they love making it: It takes a $20 discount, researchers have found, to make up for the sting of a $10 surcharge on a purchase. That is one reason why even experienced stockbrokers often sell stocks while they are still increasing in value, leaving money on the table rather than risking a loss.

Prospect theory’s central formula lays out how we go with our gut when determining the value (V) of a possible outcome (x) with a given probability (p). It takes into account many of people’s most predictable — and, at times, peculiar — financial irrationalities: shying away from losses, for instance, and overestimating tiny probabilities like the 1-in-10-million chance of winning the lottery.

In 1899 Ernest Rutherford noticed that half of the atoms in a sample of radioactive radon gas disappeared with each passing minute. He had discovered  both radioactive decay, in which certain elements break down by emitting subatomic particles, and half-life, the time it takes for half the atoms in a sample to decay. Each radioactive element decays exponentially, decreasing over time (t) at a rate proportional to the number of atoms there are (N).

By measuring how much of the original element remains, scientists can determine the age of a sample. Elements like uranium 238, which has a half-life of 4.5 billion years, let geologists determine the age of rocks and meteorites; those that decay over thousands of years, like carbon-14, help date archaeological artifacts and human remains.

Physics is dominated by dual theoretical systems: quantum mechanics for the subatomic realm, relativity for cosmic scales. Understanding the behavior of a basic particle like an electron requires reconciling the two. In 1928 English physicist Paul Dirac did that with his equation describing an electron in terms of both its wave function (ψ) — the quantum probability of its being in a particular place — and its mass times the speed of light squared (mc2), a relativistic interpretation of its energy.

The equation specifically shows how particles align in medical scanners, but in a broader sense it explains the very essence of how matter works. “Electrons make up almost all observable things,” says physicist Laurie Brown, “and this is a description of the electron that satisfies all known requirements of nature.”

Slight shifts in the color of light coming from a distant star can clue astronomers in to an orbiting planet via the Doppler equation, which links changes in the wavelength (λ) of light to the motion (v) of the thing emitting it. As a star approaches, its light is compressed and looks bluer; as it moves away, the light stretches and reddens. An unseen planet that tugs the star back and forth will yield a characteristic pattern of color changes.

Closer to home, the Doppler equation helps enforce speed limits and predict weather by measuring the speed of cars and storm systems; Doppler shifts also alter radio signals from communications satellites in ways that must be canceled out.

When dealing with mutations that confer no selective advantage, says Michael Steiper of Hunter College in New York, “the amount of genetic difference scales to time.” In other words, each gene is equally likely to become fixed, with probability 1/(2N), producing the simplified bottom formula. Molecular clocks allow scientists to trace the ancient tree of life, even when fossil evidence is scarce, and help find the branches that led to modern humans. You are collecting mutations (data for future anthropologists) right now.