Frisbees, chainsaws and Bubble Wrap were all invented for different purposes. Here's 5 inventions that have unusual origins. 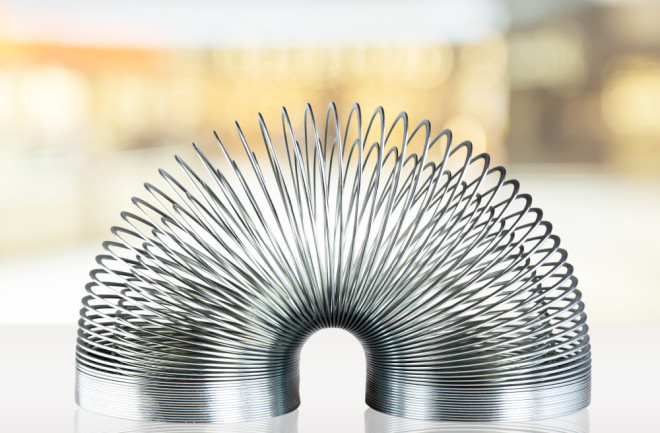 This article was originally published on August 19, 2022.

When chemist Harry Coover tried to create clear plastic precision gun sights to help soldiers aim during World War II, the result was the invention of an incredibly effective adhesive. It was too sticky to use  for gun sights but became what we know today as super glue.

The Frisbie Pie Company also used a pie tin that inspired the frisbee. The Wham-O toy company recognized that people were recreationally tossing the pie tin back and forth. So, in the 1950s, they created plastic discs known as frisbees.

These aren't the only inventions used for a different purpose, and there are some with strange beginnings.

In the late 1950s, two engineers, Alfred Fielding and Marc Chavannes were on a mission to make 3D wallpaper that would have air bubbles between two layers of plastic. Not surprisingly, it was not a hit. But they did not give up. Instead, they patented it and thought of other uses for their creation. They tried to sell it as greenhouse insulation, but that wasn’t successful either.

After realizing it would make good packing material, they knew they were on to something. Their first big client was IBM, which used Bubble Wrap for shipping their computers. After that, Bubble Wrap became ubiquitous as a protective material for packing. Over time, the company developed a variety of strengths, shapes and sizes of Bubble Wrap.

Warning: This may be a bit disturbing. Before cesarean sections became an accepted medical practice, doctors dealt with difficult births differently. They performed a symphysiotomy — a surgical procedure that widened the pelvis by cutting through ligaments and often bone. It was a long and demanding process for doctors.

In the 1780s, two doctors, John Aitken and James Jaffray created a solution: the chainsaw. It isn't the chainsaw we think of today but a smaller version that included teeth on a hand-cranked chain. The invention made life easier for doctors but was brutal for the women it was used on, as was the symphysiotomy done with knives before the chain saw. The first patent was issued in 1905 for an electric chainsaw for tree cutting.

Although British doctor Joseph Lister is considered the father of antiseptic surgery, he did not invent Listerine. However, it was named for him by its inventor, chemist Joseph Lawrence.

Developed in 1879 as a surgical antiseptic, Listerine sold for a variety of purposes. When pharmacist Jordan Wheat Lambert licensed the product in 1881, he saw the sales potential of promoting it for other uses. Soon, Listerine was sold to dentists for oral care. It was also used as a (non-effective) treatment for gonorrhea and a floor cleaner. And in 1914, Listerine became the first prescription mouthwash to sell over the counter in the U.S.

During WWII, engineer Richard James tried to design a new tension spring that could secure electronic equipment on U.S. Navy ships. While doing so, he dropped the spring he was working on, and it "walked" across the floor. Although the spring did not work for its intended purpose, James realized it could be a toy.

After experimentation, James reached his final product, made out of 80 feet of coiled steel wire. James and his wife Betty took out a $500 loan and started their company. Betty looked through the dictionary for a word that would fit their new invention. When she found the definition of “slinky”: “sleek and sinuous in movement or outline,” the toy had a name and started hitting the toy shelves in 1945.

Before treadmills became popular workout machines, prisons used them to punish prisoners. Civil engineer William Cubitt invented an early treadmill device for Brixton Prison in London. Up to 40 inmates at a time were forced to spend hours pressing on steps embedded in a large, wide wheel.

As they stepped the wheel would rotate and grind corn or pump water. Britain passed the Prison Act in 1898, which ended using treadmills in correctional facilities. In 1913, the first patent was made for the treadmill as an exercise machine.