Learn which scientists today are working in green chemistry, saving lives, protecting the planet and upending our understanding of the universe. 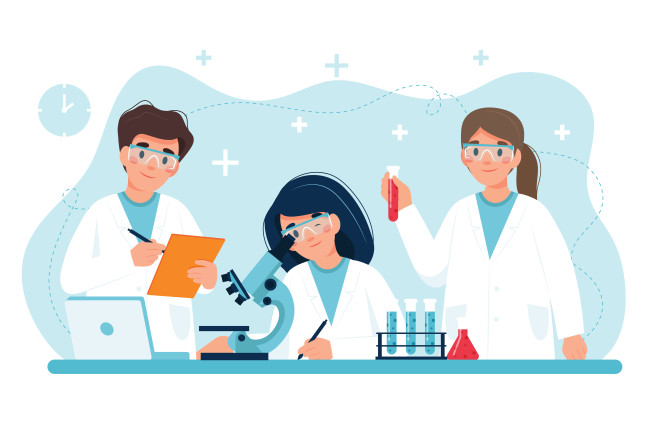 Scientists today wield an arsenal of cutting-edge technology. Chemical engineers can turn CO2 into vodka, planetary scientists can work in outer space and physicists can manipulate single atoms in the lab.

Researchers use these tools to figure out who we are and how we got here. Like Taylor Perron, a geomorphologist who searches for clues in planetary landscapes, or Monika Schleier-Smith, a physicist testing the mechanical rules of the quantum realm.

They also confront humanitarian crises. By 2050, climate change will cause 250,000 deaths per year. Corinne Le Quéré traces greenhouse gases through air, land and sea, while Paul Anastas innovates ways to reduce their emissions in the first place. Meanwhile, cancer rates will increase by nearly 50 percent in the same timeframe. Carolyn Bertozzi invented a new field of chemistry that could spawn efficient cancer treatments.

These scientists embody the chief objectives of science — to push the frontiers of what we know and to advance human welfare along the way.

When you think of chemists, you might picture pollutants and health hazards. But Paul Anastas flips that perception on its head. Anastas founded green chemistry in the 1990s to reduce toxic wastes from chemical processes.

In addition to his research on sustainable chemistry at Yale, he has advised the Environmental Protection Agency and the White House on environmental issues surrounding 9/11, the nuclear disaster at Fukushima and the BP oil spill. He even enters the board room and helps make Fortune 100 companies more sustainable. His work is transforming our future.

Read more: Scientist You Should Know: Paul Anastas is the Father of Green Chemistry

Cells are coated in sugars, like the colored layers of M&Ms. In a healthy cell, sugars organize like a neatly manicured lawn, but in tumors, they go haywire. Carolyn Bertozzi, a professor at Stanford, studies this process to develop cancer treatments.

Along the way, she invented a field of chemistry that transformed medical imaging and drug delivery. Bioorthogonal chemistry involves a suite of reactions that can perform in the body without altering it. It’s led to basic discoveries and medical advances, revolutionizing biochemistry as we know it.

Corinne Le Quéré isn’t a climate optimist. Nor is she a climate pessimist. She simply refuses to get caught up in the emotion of climate change. The climate scientist, based at the University of East Anglia, changed conventional wisdom about carbon storage in the oceans.

Le Quéré brings her groundbreaking work directly to policymakers. As the chair of France’s High Council on climate, advisor for the U.K. Committee on Climate Change and former member of the Intergovernmental Panel on Climate Change, she helps politicians implement science-driven policy.

The magnitude of space and time captivates Taylor Perron. As a geomorphologist and professor at the Massachusetts Institute of Technology, he asks how landscapes shape human and planetary origins.

Contemplating these questions is scary, he says, but they lead to existential questions about who we are and how we got here. Perron unearths the clues buried in planetary landscapes to piece together the past. His geological detective work spans from Hawaii to Mars, painting a clearer picture of the past and drafting a blueprint of the future.

Read more: Scientist You Should Know: Taylor Perron is a Planetary Detective

Monika Schleier-Smith’s lab at Stanford is filled with lasers and mirrors. She uses them to meticulously tune customizable atomic networks. Controlling this phenomenon — called quantum entanglement — augments the computational problems that quantum physics can solve.

The applications are enormous. It could build the world’s most precise clocks or broaden the possibilities of quantum computing. But she also asks fundamental questions about the universe, like what happens when information falls into a black hole, and how gravity works at subatomic size scales? Schleier-Smith’s experimental prowess allows her to ask questions that theorists used to only dream of.

Read more: Scientist You Should Know: Monika Schleier-Smith and the Quantum Universe

More From Discover
Health
Social Isolation Increases Risk of Cardiovascular Issues
Health
For Vegans, Lifting Weights May Help Keep Bones Strong
Health
Choosing What Music You Listen To Could Relieve Pain
Health
New Study Finds Men May Outlive Women Instead
Health
The Gray Area of Miscarriages in the Post-Roe World
Mind
Why We Experience Self-Doubt And How to Curb Those Feelings
Recommendations From Our Store
My Science ShopDiscover STEM Kits
My Science ShopDiscover 2022 Calendar
My Science ShopStrange Science
My Science ShopElements Flashcards
Shop Now
Stay Curious
Join
Our List