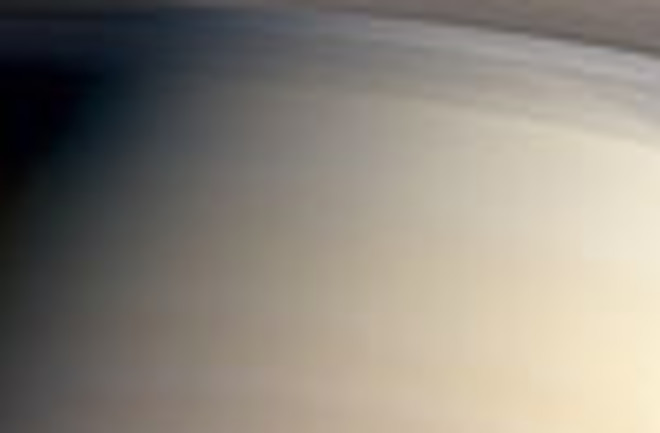 With its complex rings and enigmatic moons, Saturn is not only the most spectacular planet in the solar system but also one of the least understood because it is so far from Earth. This began to change in June, when the Cassini-Huygens spacecraft, packed with 18 scientific instruments, arrived for the first of 76 Saturn orbits.

The $3.3 billion mission was firing back crisp photos of the gaseous planet even before it got there, but the scenery from its first weeks in orbit (A, C,) was nothing short of stunning. In addition to visible-light pictures, Cassini acquired ultraviolet images that hint at the compositional variations in Saturn’s distinctive rings (E), infrared images of a mysterious dark spot at the planet’s south pole, and infrared shots showing temperature differences.

Cassini-Huygens has also captured a number of Saturn’s moons, such as Mimas and Phoebe. During its planned four-year mission, many of the planet’s 31 moons will be photographed up close for the first time. One in particular, Titan (J), has planetary scientists drooling. Cassini’s instruments revealed the first glimpses of the surface of this planetlike world, long obscured by an organic orange atmosphere (K), in October. On January 14 the Huygens probe will enter

Titan’s atmosphere and parachute down for 2 1/2 hours, snapping photos and collecting data. Scientists hope they can confirm a leading hypothesis that Titan’s composition is similar to that of early Earth. The project is a joint venture among NASA, the European Space Agency, and the Italian Space Agency.