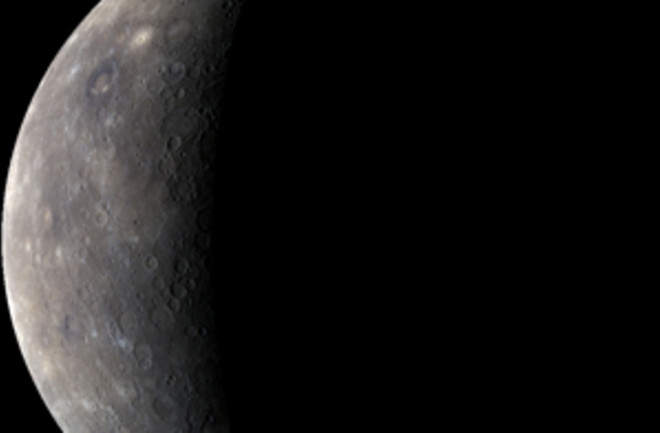 Three preliminary flybys of Mercury by NASA’s Messenger spacecraft have given scientists a vast amount of new information about the solar system’s smallest, hottest planet. The only other spacecraft to visit Mercury—Mariner 10, which swung past in 1974 and 1975—left nearly half of the surface unseen. Messenger’s new maps fill in most of the gaps and show that about 40 percent of the landscape has been shaped by volcanism, indicating widespread geologic activity in Mercury’s past. Peering down into impact craters, the probe’s cameras have seen evidence that the planet was shaped by several massive floods of lava billions of years ago.

The most recent flyby, this past September, also clarified why Mercury still has a slight atmosphere even though its gravity is too weak to maintain one for long. Powerful solar winds press through Mercury’s magnetic field to blast away material from the planet’s surface. That material replenishes the atmosphere as it continuously drifts away into space. Sodium is prominent in the atmosphere at the poles (where the solar wind penetrates most easily), suggesting that the surface there contains sodium-rich rocks. Nearer the equator calcium predominates, and magnesium is everywhere.

All of this is just a preview of the full Messenger mission that begins in March 2011, when the spacecraft will settle into orbit for at least a year of continuous, close-up observations. At that point, the trickle of data on Mercury will become a flood. “It has been wonderful,” says principal investigator Sean Solomon of the Carnegie Institution of Washington, “but this is just the beginning.”