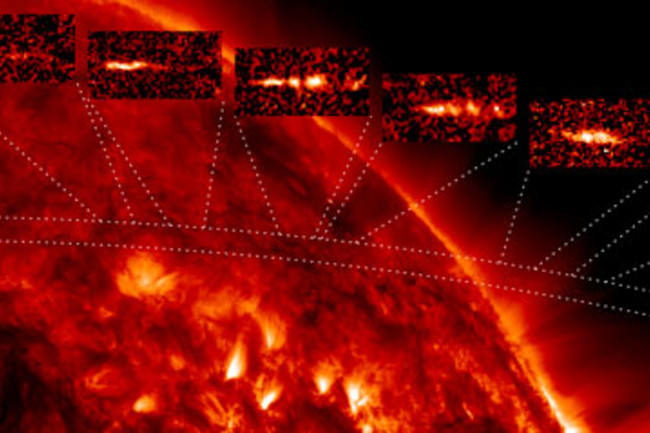 Astronomers have always assumed that everything in our solar system formed around the sun some 4.5 billion years ago. But comets may be a notable exception, says Hal Levison, an astronomer at the Southwest Research Institute in Boulder, Colorado. “Hale-Bopp, Halley, all the bright guys you can think of—most of them may be from other stars,” he says.

Levison reached this conclusion after puzzling over the number of objects in the Oort cloud, the spherical collection of frozen comets and other icy debris that surrounds our solar system. Observations suggest that the Oort cloud contains as many as 400 billion objects, 100 times as many as theoretical models can account for. To resolve this discrepancy, Levison and his team simulated the dynamics of a star-forming area containing hundreds of stars packed within a region a few light-years across—the kind of setting in which our sun was probably born. Their results, published in June, show that the infant sun’s gravity could have pulled in enough comets that originated with its stellar siblings to produce the dense Oort cloud we see today. “A conservative estimate is that 90 percent of the material in the Oort cloud came from other stars,” Levison says.