New research saves squishy sea life and explains the “Atacama Alien,” but we still want to know who drilled a hole in a Soyuz spacecraft. 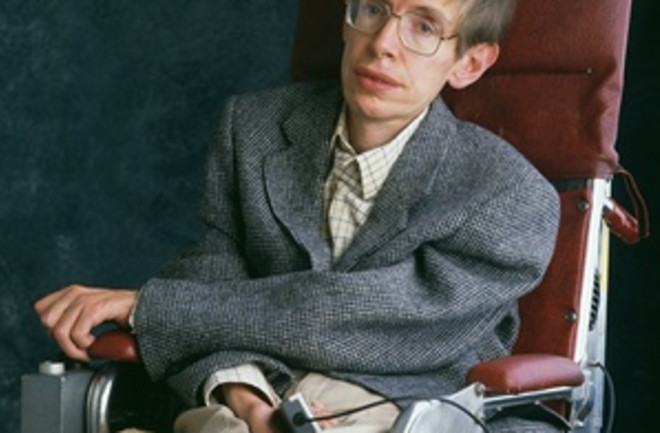 1. Across the nation, we were deeply divided ... between those who heard “laurel” in a sound clip and those who insisted it was “yanny.” The actual word in the audio file, circulated on social media in May, was “laurel.” (Sorry, Team Yanny.)

2. The word perceived in the low-quality recording of an online pronunciation guide depended on factors such as whether a listener’s hearing was biased toward low or high frequencies, according to a Current Biology study published in July.

3. Such auditory illusions are essentially our brains trying to make sense of ambiguous information. Want a little more brain ambiguity? Paleoanthropologists are rethinking a basic idea about how our gray matter evolved.

4. Modern human brains are exceptionally large and complex, and researchers assumed size came first, or at least in tandem with the development of sophisticated cerebral structures.

5. But in May, in the journal PNAS, a team used endocasts — impressions of the cranium’s interior — to reconstruct the brain of Homo naledi, a distant cousin of ours first described in 2015.

6. The smaller-brained South African hominin appears to have had some of the architecture associated with advanced cognitive processes. The findings hint that human brains may have evolved complexity first and size second.

7. Marine biologists are taking a creative approach to studying some other squishy stuff: delicate invertebrates such as jellyfish. A new, origami-inspired tool offers a way to collect data on the animal without damaging it.

8. Described in July in Science Robotics, the device looks like a flower when open but, once its five “petals” close around the specimen, resembles a translucent soccer ball, allowing scientists to catch and release invertebrates without harm.

9. The culprit in the first space-based whodunit has yet to be caught. First reported in September as possible micrometeorite damage, a small hole that caused a drop in pressure in a Soyuz transport craft docked at the International Space Station now appears to have been drilled.

10. Russia’s space agency pushed back against media reports suggesting botched construction, and hinted instead that it may have been a deliberate action by a crew member once the craft had left Earth.

11. While the damage remains under investigation, researchers back on the ground resolved a different “extraterrestrial” mystery surrounding a mummified skeleton sometimes called the Atacama Alien.

12. The tiny individual, just 6 inches long and superficially reminiscent of large-eyed Hollywood aliens, has stoked conspiracy theories about E.T. loose in the Chilean desert ever since it was found there in 2003.

13. But high-quality DNA analysis published in Genome Research in March confirmed that the body is that of an unfortunate human fetus with multiple catastrophic genetic abnormalities.

14. Different tiny remains made big news in paleontology: The journal PeerJ published a report on the toe claw of a young Spinosaurus, the largest known predatory dinosaur, which prowled massive African river systems 100 million years ago.

15. By analyzing the bone’s texture, the researchers determined little Spiny died in infancy — but was still nearly 6 feet long.

16. Though described for the first time in May, that teensy toe tip wasn’t new to science. It was collected in Morocco in 1999, but went unstudied until now.

17. Other fossils are still awaiting analysis on museum shelves around the world, their potential significance unknown. A September study in Biology Letters estimated that the amount of such “dark data” could be 23 times that of published material.

18. We’re a little less in the dark about STEVE, however. For decades, these Strong Thermal Emission Velocity Enhancements — brief but brilliant purplish ribbons across upper latitude night skies — were thought to be a rare kind of aurora.

19. In a Geophysical Research Letters paper published in August, however, researchers reported that STEVE is definitely not an aurora. That’s because the charged particles that rain down from Earth’s magnetosphere and cause auroras aren’t necessarily present when STEVE is seen. But no one has found just what causes STEVE — yet.

20. We lost a different Steve of sorts this year: physicist Stephen Hawking, who died March 14 (Pi Day, no less). As we step into 2019, let’s take his advice to heart: “Be curious.”