20 Things You Didn't Know About the Periodic Table

How it started, how it's like solitaire, how to fold it and how it ends. 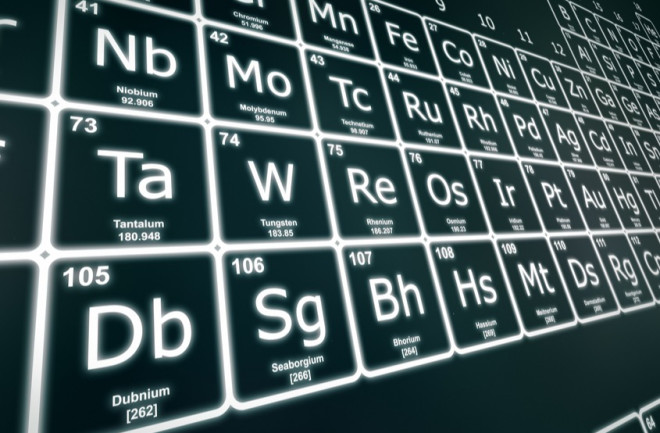 1. You may remember the Periodic Table of the Elements as a dreary chart on your classroom wall. If so, you never guessed its real purpose: It’s a giant cheat sheet.

2. The table has served chemistry students since 1869, when it was created by Dmitry Mendeleyev, a cranky professor at the University of St. Petersburg.

3. With a publisher’s deadline looming, Mendeleyev didn’t have time to describe all 63 then-known elements. So he turned to a data set of atomic weights meticulously gathered by others.

4. To determine those weights, scientists had passed currents through various solutions to break them up into their constituent atoms. Responding to a battery’s polarity, the atoms of one element would go thisaway, the atoms of another thataway. The atoms were collected in separate containers and then weighed.

5. From this process, chemists determined relative weights — which were all Mendeleyev needed to establish a useful ranking.

6. Fond of card games, he wrote the weight for each element on a separate index card and sorted them as in solitaire. Elements with similar properties formed a “suit” that he placed in columns ordered by ascending atomic weight.

7. Now he had a new Periodic Law (“Elements arranged according to the value of their atomic weights present a clear periodicity of properties”) that described one pattern for all 63 elements.

8. Where Mendeleyev’s table had blank spaces, he correctly predicted the weights and chemical behaviors of some missing elements — gallium, scandium and germanium.

9. But when argon was discovered in 1894, it didn’t fit into any of Mendeleyev’s columns, so he denied its existence — as he did for helium, neon, krypton, xenon and radon.

10. In 1902 he acknowledged he had not anticipated the existence of these overlooked, incredibly unreactive elements — the noble gases — which now constitute the entire eighth group of the table.

11. Now we sort elements by their number of protons, or “atomic number,” which determines an atom’s configuration of oppositely charged electrons and hence its chemical properties.

12. Noble gases (far right on the periodic table) have closed shells of electrons, which is why they are nearly inert.

13. Atomic love: Take a modern periodic table, cut out the complicated middle columns, and fold it once along the middle of the Group 4 elements. The groups that kiss have complementary electron structures and will combine with each other.

14. Sodium touches chlorine — table salt! You can predict other common compounds like potassium chloride, used in very large doses as part of a lethal injection.

15. The Group 4 elements (shown as IVA above) in the middle bond readily with each other and with themselves. Silicon + silicon + silicon ad infinitum links up into crystalline lattices, used to make semiconductors for computers.

16. Carbon atoms — also Group 4 — bond in long chains, and voilà: sugars. The chemical flexibility of carbon is what makes it the key molecule of life.

17. Mendeleyev wrongly assumed that all elements are unchanging. But radioactive atoms have unstable nuclei, meaning they can move around the chart. For example, uranium (element 92) gradually decays into a whole series of lighter elements, ending with lead (element 82).

18. Beyond the edge: Atoms with atomic numbers higher than 92 do not exist naturally, but they can be created by bombarding elements with other elements or pieces of them.

19. The two newest members of the periodic table, still-unnamed elements 114 and 116, were officially recognized last June. Number 116 decays and disappears in milliseconds. (Three elements, 110 to 112, were also officially named earlier this month.)

20. Physicist Richard Feynman once predicted that number 137 defines the table’s outer limit; adding any more protons would produce an energy that could be quantified only by an imaginary number, rendering element 138 and higher impossible. Maybe.