20 Things You Didn't Know About... The Nobel Prizes

The king who tried to kill the prizes, what goes through the minds of cockroaches as they watch Star Wars, and more. 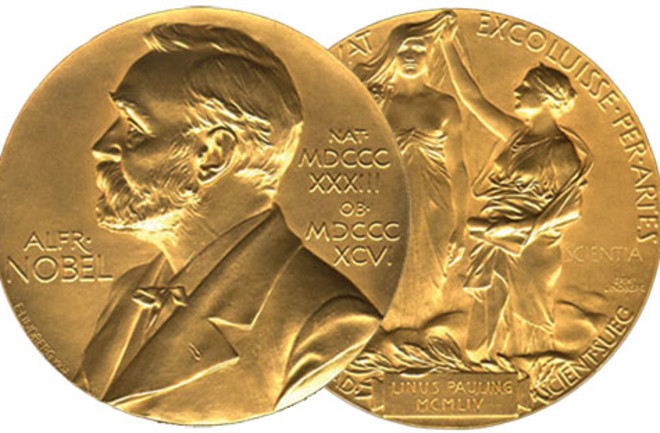 1 Alfred Nobel, a Swede who invented dynamite, so regretted his contribution to warfare that he decided to offer five prizes annually "to those who, during the preceding year, shall have conferred the greatest benefit on mankind." The winners are announced this month.

2 Nobel may have been inspired by a premature obituary in a French newspaper that dubbed him a "merchant of death."

3 King Oscar of Sweden tried to persuade Alfred's nephew Emanuel to change the philanthropist's will, saying, "It is your duty to your sisters and brothers . . . to see to it that their interests are not neglected in favor of some fantastic ideas of your uncle."

4 Nobel nominees are never announced, and all records are sealed for 50 years.

5 Don't even think about it: Self-nominations are automatically disqualified.

6 Only 11 women have won science Nobels out of the 508 awarded in the fields of physics, chemistry, and physiology or medicine. One of the 11—Marie Curie—won it twice, for physics in 1903 and chemistry in 1911. Her daughter Irène Joliot-Curie earned the chemistry prize in 1935.

7 Adding insult to injury: A bare-breasted woman adorns the reverse side of the physics and chemistry medals.

8 Aside from Curie, one other person has nabbed a Nobel in two separate categories: Linus Pauling, who won the 1954 chemistry award and the 1962 peace prize for his fight against nuclear weapons testing.

9 You can't win 'em all: Pauling missed out on a trifecta by erroneously proposing that DNA is a triple helix. The Nobel for deducing the correct structure, a double helix, went to James Watson, Francis Crick, and Maurice Wilkins in 1962.

10 One big blooper that did garner a Nobel (Medicine, 1926) was the dubious "discovery" by Johannes Fibiger that rats could develop cancer by feasting on cockroaches infested with parasitic worms.

11 A 1949 prize in medicine went to António Egas Moniz for another debatable breakthrough, the lobotomy. Moniz was shot and paralyzed by a disgruntled patient, and his operation fell into disrepute.

12 What were they thinking? Physicist Lise Meitner, who made the calculations that led to the discovery of nuclear fission, was reportedly nominated for the Nobel Prize 13 times but never won it.

13 Her collaborator, Otto Hahn, received the lone chemistry prize in 1944 for that work; he stayed in Nazi Germany while Meitner, a Jewish woman, fled to Sweden in 1938.

14 But Meitner received an accolade denied Hahn: In 1992, element 109 was named meitnerium in her honor by its discoverers, who deemed her "the most significant woman scientist of this century."

15 Another notable who never received a Nobel was Gandhi. He was being considered for the peace prize when he was assassinated.

16 A modern Renaissance man: Paul Greengard not only won the 2000 medicine Nobel for discoveries in nerve-cell communication but also came in first in a potato-sack race at a New York Boy Scout jamboree.

17 How far would you go for science? To prove his hypothesis that the bacterium Helicobacter pylori causes stomach ulcers—a theory for which he was initially ridiculed—physician Barry Marshall drank a culture filled with the spiral microbes.

18 Who's laughing now? Marshall and his colleague Robin Warren later won the 2005 Nobel Prize in Medicine for their discovery of "the bacterium Helicobacter pylori and its role in gastritis and peptic ulcer disease."

19 If you can't win a Nobel, try for an Ig Nobel, offered since 1991 by the Annals of Improbable Research for scientific work "that cannot or should not be reproduced."

20 Last year's winners include Claire Rind and Peter Simmons of the University of Newcastle in England, who won the peace prize for monitoring the brain of a locust while it watched scenes from Star Wars.