20 Things You Didn't Know About ... Relativity

Galileo invented it, Einstein understood it, and Eddington saw it. 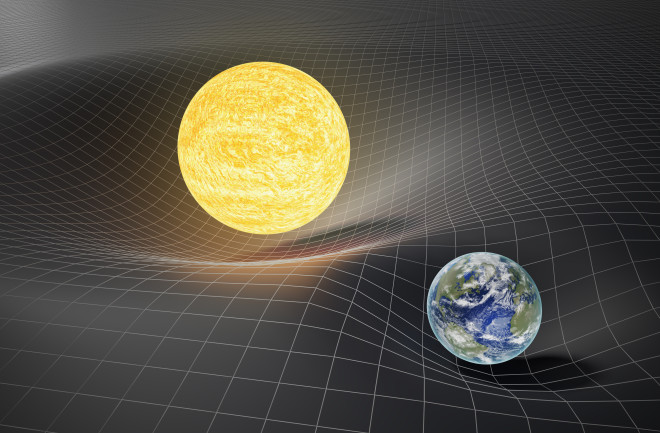 1. Who invented relativity? Bzzzt — wrong. Galileo hit on the idea in 1639, when he showed that a falling object behaves the same way on a moving ship as it does in a motionless building.

2. And Einstein didn’t call it relativity. The word never appears in his original 1905 paper, “On the Electrodynamics of Moving Bodies,” and he hated the term, preferring “invariance theory” (because the laws of physics look the same to all observers — nothing “relative” about it).

3. Space-time continuum? Nope, that’s not Einstein either. The idea of time as the fourth dimension came from Hermann Minkowski, one of Einstein’s professors, who once called him a “lazy dog.”

4. But Einstein did reformulate Galileo’s relativity to deal with the bizarre things that happen at near-light speed, where time slows down and space gets compressed. That counts for something.

6. Never heard of Hasenöhrl? That’s because he failed to connect the equation with the principle of relativity. Verdammt!

7. Einstein’s full-time job at the Swiss patent office meant he had to hash out relativity during hours when nobody was watching. He would cram his notes into his desk when a supervisor came by.

8. Although Einstein was a teetotaler, when he finally completed his theory of relativity, he and his wife, Mileva, drank themselves under the table — the old-fashioned way to mess with the space-time continuum.

9. Affection is relative. “I need my wife, she solves all the mathematical problems for me,” Einstein wrote while completing his theory in 1904. By 1914, he’d ordered her to “renounce all personal relations with me, as far as maintaining them is not absolutely required for social reasons.”

10. Rules are relative too. According to Einstein, nothing travels faster than light, but space itself has no such speed limit; immediately after the Big Bang, the runaway expansion of the universe apparently left light lagging way behind.

11. Oh, and there are two relativities. So far we’ve been talking about special relativity, which applies to objects moving at constant speed. General relativity, which covers accelerating things and explains how gravity works, came a decade later and is regarded as Einstein’s truly unique insight.

12. Pleasure doing business with you, chum(p): When Einstein was stumped by the math of general relativity, he relied on his old college pal Marcel Grossmann, whose notes he had studied after repeatedly cutting class years earlier.

13. Despite that, the early version of general relativity had a major error, a miscalculation of the amount a light beam would bend due to gravity.

14. Fortunately, plans to test the theory during a solar eclipse in 1914 were scuttled by World War I. Had the experiment been conducted then, the error would have been exposed and Einstein would have been proved wrong.

15. The eclipse experiment finally happened in 1919 (you’re looking at it on this very page). Eminent British physicist Arthur Eddington declared general relativity a success, catapulting Einstein into fame and onto coffee mugs.

16. In retrospect, it seems that Eddington fudged the results, throwing out photos that showed the “wrong” outcome.

17. No wonder nobody noticed: At the time of Einstein’s death in 1955, scientists still had almost no evidence of general relativity in action.

18. That changed dramatically in the 1960s, when astronomers began to discover extreme objects — neutron stars and black holes — that put severe dents in the shape of space-time.

19. Today general relativity is so well understood that it is used to weigh galaxies and locate distant planets by the way they bend light.

20. If you still don’t get Einstein’s ideas, try this explanation reportedly from The Man Himself: “Put your hand on a hot stove for a minute and it seems like an hour. Sit with a pretty girl for an hour and it seems like a minute. That’s relativity.”