Nuclear meltdowns have both harmed and benefited wildlife in contamination zones. 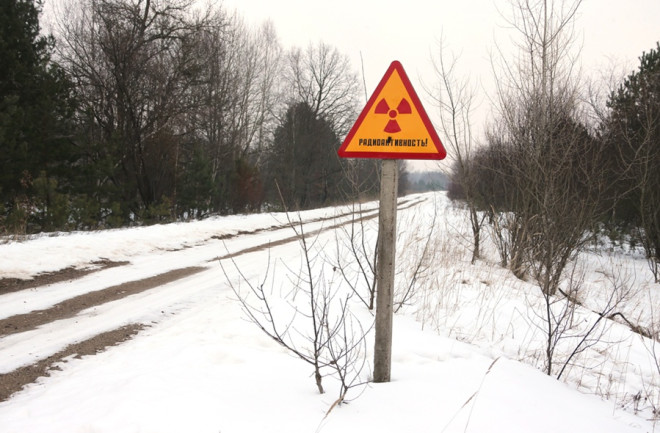 1. The worst nuclear accident in history, the 1986 Chernobyl disaster in Ukraine — then part of the Soviet Union — will leave measurable radioactive contamination in a 15,000-square-mile area for 300 years.

2. Shortly after the accident, needles on pine trees in a 1.5-square-mile area around the crippled nuclear plant turned red. The trees now growing there resemble mangled, warped bushes and lack central stems.

3. Scientists studying barn swallows near Chernobyl from 1991 to 2006 discovered 11 types of abnormalities, including malformed beaks and deformed feathers.

4. The brains of 48 species of birds around Chernobyl have been found to be 5 percent smaller than average due to radiation-caused oxidative stress, possibly decreasing cognitive activity.

6. Six months after the Fukushima meltdown, 28 percent of pale grass blue butterflies in the area had deformities such as altered wing patterns and malformed antennae and legs.

7. The first-ever study of radiation exposure on wild primates, conducted in 2012, found that monkeys near Fukushima had significantly lower red and white blood-cell counts compared with monkeys elsewhere in Japan.

9. Spiders in the Fukushima region also seemed to benefit after the disaster. Their numbers increased, possibly because radiation slowed their insect prey and made them easier to catch.

10. Scientists predicted that Pacific bluefin tuna subsistence fishermen in Japan and California would face only minor risks from Fukushima’s excess radiation, with two additional cancer deaths per 10 million people during their lifetime.

11. After Chernobyl, the Swedish government made a special allowance for the level of radiated reindeer meat the Sami — a subsistence culture in northern Scandinavia — could consume, allowing them 1,500 becquerels of radiation per kilogram of food, five times the level allowed for the general population.

12. Even with the allowance, 29 percent of reindeer meat in Sweden’s Sami lands was deemed unsafe and destroyed in 1987.

13. Ukrainians were also concerned about radioactive meat after Chernobyl, slaughtering 15,000 cows they feared were contaminated just a few days after the accident.

14. Cuba received 60 percent of its food from the former Soviet Union; some believe radiation from Chernobyl dramatically altered Cuban birth ratios. After a steady birthrate for decades, male births skyrocketed in the wake of the accident, peaking in 1996 with 118 boys born for every 100 girls.

15. Fears of contamination caused the United Kingdom to test sheep grazing in upland regions for Chernobyl radiation until 2012.

16. A product we developed for animals plays a role in protecting all of us from nuclear mishaps: Cat litter is often used to absorb and stabilize volatile radioactive chemicals stored in nuclear waste facilities.

17. In 2013, a New Mexico nuclear-waste storage facility switched the type of cat litter used in storage drums. An unexpected chemical reaction caused a drum to rupture and leak radiation.

18. Another unusual nuclear incident occurred in Mayapuri, India, in 2010. Workers sliced into radioactive cobalt-60 that was accidentally left in research equipment and sent to a scrap metal yard. Eight workers were hospitalized with radiation poisoning, including one who died from the exposure.

19. One of the workers reportedly carried a piece of the isotope around for days, unaware of the danger.

20. Survivors of nonlethal nuclear accidents can carry something else around: worry. Researchers found that people living near Pennsylvania’s Three Mile Island exhibited higher levels of stress more than a year after the nuclear plant’s 1979 incident compared with individuals outside the area.