We cut it, color it and coif it, but there's much more to hair than a style statement: It can remove toxins, reveal where you live and even "hear." 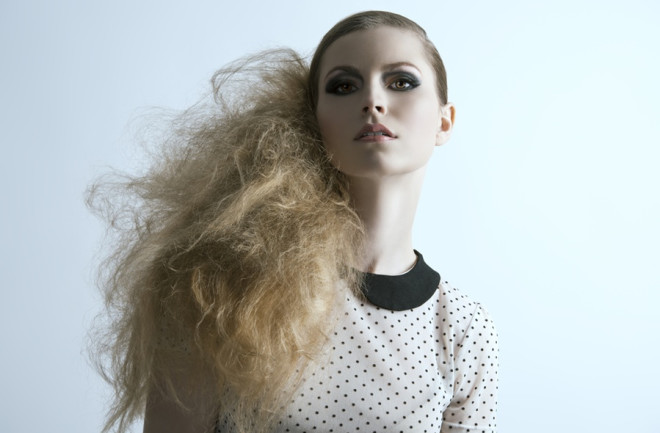 2. All mammals have hair at some point in their lives, be it the fuzz on a newborn whale, a shield of hard porcupine quills or your long locks.

3. Insects can wear it, too. The microscopic belly hairs on the male freshwater Micronecta may help amplify its mating call. Some scientists think that when the bug rubs its penis against the tip of its abdomen, the hairs trap air and sound, making it the world’s loudest animal relative to its size.

4. The leg hairs on hunting spiders and crickets function as ears. The hairs sense air motion and can “hear” low-frequency sounds — buzzing bees, for example — and medium-frequency ones, such as car horns.

5. Human hair can “taste.” Our lungs and nasal passages have exquisitely tiny hairs called cilia that sweep out impurities. A University of Iowa graduate student discovered that lung cilia respond only to bitter flavors, such as nicotine. Upon tasting it, the hairs increase their rate of sweeping.

6. Pathologists have noticed that nasal cilia continue to pulse for up to 21 hours after “their” human has died.

7. On the outside, the average person has more than 100,000 head hairs, plus about 4.9 million more in assorted other places.

8. Early humans probably shed their full body-hair suits because they were often infested with disease-carrying parasites like lice, fleas and mites, according to scientists at England’s John Radcliffe Hospital and University of Reading.

9. When we lost our fur, the sun’s ultraviolet rays damaged our newly exposed skin, which reacted by producing melanin, a pigment that absorbs the sun’s solar radiation, explain anthropologists at Penn State.

10. More prehistoric highlights: Some Neanderthals were redheads. A 2007 study at Harvard University and Germany’s Max Planck Society found a red-hair-coding variant of hair-color genes in 43,000- and 50,000-year-old Neanderthal remains.

11. Gingers were likely joined by blonds and brunets. The researchers note that, like modern-day humans, Neanderthals had variety in their hair genes.

12. Is it true that blondes have more fun? In 2006, former Harvard psychologist Jerome Kagan reported that in a sample of 101 toddlers, blond children were more withdrawn and shy.

13. Hair knows when you are sleeping; it knows when you’re awake. “Clock genes” control our circadian rhythms, and the easiest place to extract evidence of their activity is from hair follicles, according to researchers at Japan’s Yamaguchi University.

14. Follicles, or small clusters of cells, come out of the scalp when hair is plucked. Comparing follicles from different times of the day can reveal when genes were most active, and the pluckee most awake.

15. Hair also knows where you’ve been. In 2010, University of Utah chemists found that tap water and locally bottled beverages in the 33 cities they tested contained a unique chemical signature that turned up in the hair of people who drank it.

16. If you pulled a heist in Denver but claimed you were in California, your hair could blow your alibi. Essentially, your 'do is a dirty rat.

17. Maybe dirty isn’t so bad. Oily hair absorbs the air pollutant ozone seven times more than clean hair, according to environmental engineers at the Missouri University of Science and Technology.

18. The twist is that oily hair also interacts with air pollutants to create respiratory irritants such as formaldehyde and 4-oxopentanal. The actual health effects of these “personal clouds” remain unknown.

19. One thing is certain: You don’t want to eat your hair. Trichophagia is a rare but potentially life-threatening compulsion to ingest hair. In 2012, doctors in India removed a 4-pound hairball from a 19-year-old girl’s stomach.

20. Eventually, we may opt to induce baldness, or alopecia. Hair keeps us warm — something we won’t have to worry about in climate-controlled space stations. Astrobiologist Lewis Dartnell at University College London adds, “Hair can be very inconvenient as it floats around your head in zero gravity.”