20 Things You Didn't Know About Gravity 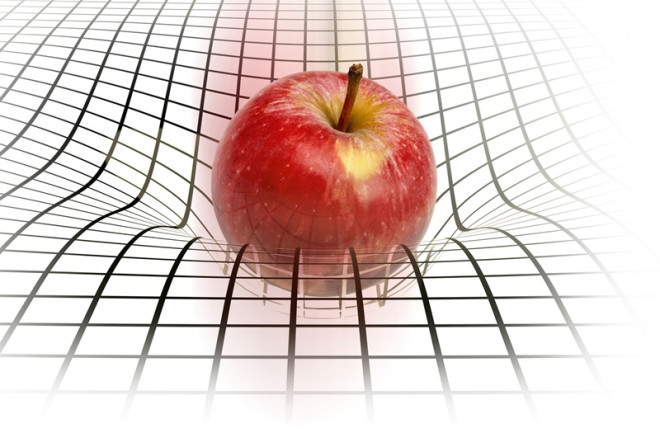 1. Star Wars' Obi-Wan Kenobi said the Force “surrounds us and penetrates us; it binds the galaxy together.” He could have been talking about gravity. Its attractive properties literally bind the galaxy together, but it also “penetrates” us, extending physically through us, keeping us bound to Earth.

2. Unlike the Force, with its dark and light sides, gravity has no duality; it only attracts, never repels.

3. NASA is trying to develop tractor beams that could move physical objects, creating an attractive force that would trump gravity.

4. Passengers on amusement park rides and the International Space Station experience microgravity — incorrectly known as zero gravity — because they fall at the same speed as the vehicles.

5. Someone who weighs 150 pounds on Earth would — if it were possible to stand on Jupiter — weigh a whopping 354 pounds on the enormous gas giant. Larger masses have greater gravity.

6. To leave Earth’s gravitational pull behind, an object must travel 7 miles a second, our planet’s escape velocity.

8. A dime-size magnet has enough electromagnetic force to overcome all of Earth’s gravity and stick to the fridge.

9. An apple didn't hit Isaac Newton in the head, but it did make him wonder if the force that makes apples fall influences the moon’s motion around Earth.

10. The apple in Newton’s eye led to the first inverse square law in science, F = G * (mM)/r2. This means an object twice as far away exerts a quarter of the gravitational pull.

12. Gravity’s other definition — meaning something weighty or serious — came first, originating from the Latin gravis, or “heavy.”

13. The force of gravity accelerates everything at the same rate, regardless of weight. If you dropped balls of the same size but different weights from a rooftop, they would hit the ground at the same time. The heavier object’s greater inertia cancels out any speed it might have over the lighter object.

14. Einstein’s general theory of relativity was the first to treat gravity as a distortion of space-time, the “fabric” that physically embodies the universe.

15. Anything with mass warps the space-time surrounding it. In 2011, NASA’s Gravity Probe B experiment showed Earth tugs on the universe around it like a wooden ball spinning in molasses, exactly as Einstein predicted.

16. When distorting the space-time around it, a massive object sometimes redirects light that passes through it, just as a glass lens does. Gravitational lensing can effectively magnify a distant galaxy or smear its light into a strange shape.

17. The “Three-Body Problem,” determining all the patterns three objects orbiting each other could take if influenced only by gravity, has puzzled physicists for 300 years. So far they’ve found only 16 types of solutions — 13 of them just discovered this March.

18. Although the other three fundamental forces play nice with quantum mechanics — the science of the very small — gravity is stubbornly incompatible with it; quantum equations break down if they try to include gravity. How to reconcile these two completely accurate but opposing descriptions of the universe is one of physics’ biggest questions.

19. To understand gravity better, scientists are looking for gravitational waves, ripples in space-time that result from things like black holes colliding and stars exploding, according to Amber Stuver, a physicist at Louisiana’s Laser Interferometer Gravitational-Wave Observatory (LIGO).

20. Once LIGO researchers successfully detect gravitational waves, they’ll be able to use them to see the cosmos as never before. “Every time we’ve looked at the universe in a new way,” Stuver says, “it revolutionized our understanding of the universe.” Talk about heavy.