20 Things You Didn't Know About ... Graphene

It’s in your pencil, can color your hair and one day might propel you through space 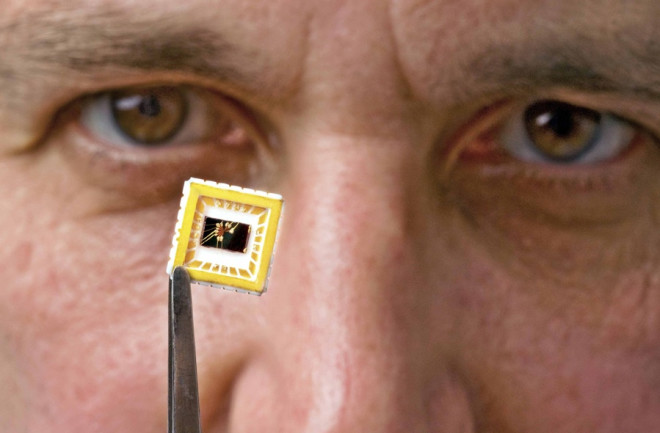 Potential graphene tech includes everything from tiny transitors, like this one held by graphene co-discoverer Andre Geim, to hair color and sensors imprinted on food. James King-Holmes/Science Source

1. It’s touted as a miracle material, promising everything from space travel to better hair, but there isn’t much to graphene — literally. It’s a single layer of carbon atoms arranged in a repeating honeycomb-shaped pattern.

2. Graphene has great flexibility and strength, and because it’s essentially two-dimensional, electricity flows across it so quickly that it’s one of the most conductive materials known.

3. You’d be forgiven for not knowing much about it, however. Graphene had long been theorized, but it was only in 2004 that physicists Kostya Novoselov and Andre Geim proved graphene could exist on its own without being chemically bonded to other elements.

4. Just six years later, Novoselov and Geim won the Nobel Prize in Physics for their work. Also in that short span, researchers around the world published more than 5,000 papers on the material.

5. No doubt you’ve written a paper or two with graphene. Many, many layers of the material, when stacked, form graphite, the key component of your typical pencil lead.

6. How many layers? It depends on the thickness of the pencil lead, but it takes 3 million graphene layers to make a graphite crystal that’s just 1 millimeter thick.

7. Something else graphene can make? Drinks. In January, researchers used the carbon lattice to create a cheap and effective solar-powered water purifier and desalinator that turned both seawater and sewage runoff into potable water.

8. Sip on this: Graphene may one day allow us to sail through space. This tantalizing tidbit requires a bit of background. When graphene is layered, it loses many of its properties, including flexibility and high conductivity.

9. A team of researchers tried to devise a workaround by creating graphene “sponges” that were thicker than a single graphene layer but still maintained its characteristics. But then something odd happened.

The typical pencil lead isn't lead at all, but millions of layers of an atom-thick carbon lattice called graphene. Koosen/shutterstock

10. When the researchers aimed a laser at the graphene sponge, it moved. In subsequent experiments, they found they could propel, rotate and even levitate the sponge using light.

11. In a 2015 Nature Photonics study, the researchers explained that sunlight or a moderate laser beam caused the graphene sponge to throw off a trail of excited electrons that pushed the material, which may prove ideal for light-powered sails that could one day propel spaceships. Talk about exciting.

12. But in 2016, critics claimed that what appears to be light propulsion of graphene sponges may actually be an effect of the experiment’s highly controlled environment that’s not reproducible in the vacuum of deep space.

13. In fact, many of the proposed uses for graphene haven’t panned out. For example, it’s too conductive to be used in digital electronics, which require a semiconductor. Other applications have led to hair-raising warnings.

14. In March, researchers announced in the journal Chem that hair could be colored by coating it in graphene rather than using ammonia or other chemicals that penetrate and damage your lovely locks.

15. Don’t look for a cut ’n’ graphene color at your local salon anytime soon, however. Critics point out that we don’t know enough about the material to be sure direct contact is safe either for us or our environment.

16. A 2016 review of studies on the toxicity of graphene and similar nanomaterials found mixed results. Some experiments showed that inhaling or ingesting the materials caused considerable internal damage to mice and other animals.

17. Those initial cautions haven’t stopped researchers from experimenting with ways to get graphene into your home (and maybe even your tummy). In February, a team announced it had used lasers to burn graphene into potatoes, toast and coconuts.

18. The researchers believe the conductive material could be used for sensors that tell you when food is no longer fresh and even whether harmful bacteria are present.

19. Whether or not it lives up to its hype, graphene has already inspired researchers to create atom-thick lattices from other elements, such as stanene from tin.

20. Stacked in different combinations, these superthin sandwiches could be customized for the tiniest of circuits and many other tech advances. But like graphene, any use outside the lab is years away. And that’s the skinny.