Dust is so much more than a mess to clean up before the in-laws arrive. 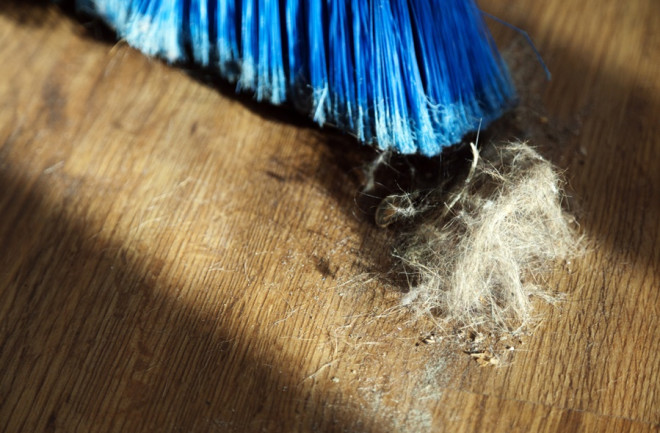 1. Dust is universal: It’s dry, powdery soil or any other material made up of tiny particles, whether that’s in a pile under your bed or the plume of a volcano.

2. Many mammals and birds take dust baths as part of their grooming routines or social rituals.

3. Chickens dust-bathe so devotedly that caged hens sometimes act out “sham” baths on the floors of their cages, without any dust.

4. Humans, on the other hand, go to great lengths to keep dust away. One of the first motorized vacuum cleaners, patented by English engineer Hubert Cecil Booth in 1901, was nicknamed “Puffing Billy” after a famous steam locomotive. Huge, horse-drawn and powered by gasoline, it had to be parked outside, and its hoses were deployed through doors and windows to clean establishments such as Westminster Abbey.

5. And no wonder we try so hard. When Dutch naturalist Antonie van Leeuwenhoek peered at items from his household through the microscope lens he invented, he found tiny spider-like animals — mites — living everywhere.

6. A 2013 study found that household dust mites evolved from parasites that lived permanently on their hosts.

7. The mites feed mainly on dead skin we shed, while both their decomposing bodies and fecal pellets may trigger allergic reactions in humans.

8. Allergies and asthma are only the start of how dust can harm humans. Miners are at risk of silicosis, pneumoconiosis (black lung) and other diseases from coal dust. Breathing asbestos dust can lead to the cancer mesothelioma.

10. Dust pneumonia killed thousands during the Dust Bowl in the 1930s. A recent study found that 1934 brought the most severe North American drought in a millennium. An unlucky atmospheric circulation pattern may have been made worse by poor farming practices.

11. Dust storms and dust-bearing winds go by many names, including the haboob in Sudan to the North African khamsin and the Arabian simoom.

12. The Bodélé Depression, an enormous ancient lakebed in the southern Sahara desert, is the greatest single source of dust in the world.

13. Dust from Bodélé blows across the Atlantic Ocean to South America, where the iron and phosphorus it contains fertilize the nutrient-poor soil of the Amazon rainforest.

14. The route from Chad to the Amazon isn’t the only dust superhighway. Dust from the Gobi desert and pollution from China blow east toward the central Pacific, for example. Particles usually stay suspended in the atmosphere for only four to seven days, but in that time they may travel thousands of kilometers.

15. In Colorado, dust travels from the Colorado Plateau and the Great Basin east onto snow-covered mountains. Dusty snow can’t reflect as much sun, so it melts faster, which actually decreases water supply in the region.

16. NASA and a worldwide group of partners monitor the movement of all these particles using a network of robotic sensors.

17. Astronomers also keep track of cosmic dust, tiny mineral grains that obscure the views of our optical telescopes. Cosmic dust is the raw material for new stars and planets, but it sometimes falls to Earth, too.

18. A NASA mission called Stardust launched in 1999 to capture some of this dust. To collect speeding particles without damaging them, the spacecraft carried aerogel, a spongy, silicon-based material that’s 99.8 percent empty space.

19. Researchers posted microscopic scans of the aerogel online and enlisted citizen scientists to help search for cone-shaped cosmic dust tracks. In 2014, they announced the result: seven likely particles of interstellar dust. Careful with those.

20. You can observe the effect of cosmic dust yourself in the zodiacal light, a glow visible from Earth that comes from particles scattering sunlight. Visible in the western sky after sunset and in the east before dawn, the light may resemble a city just beyond the horizon — but is really the glow of a perpetually dusty universe.