20 Things You Didn't Know About ... Diamonds

Though it may not be forever, this mineral is the hardest we know of, rains down inside some gas planets and was once considered an amulet against madness. 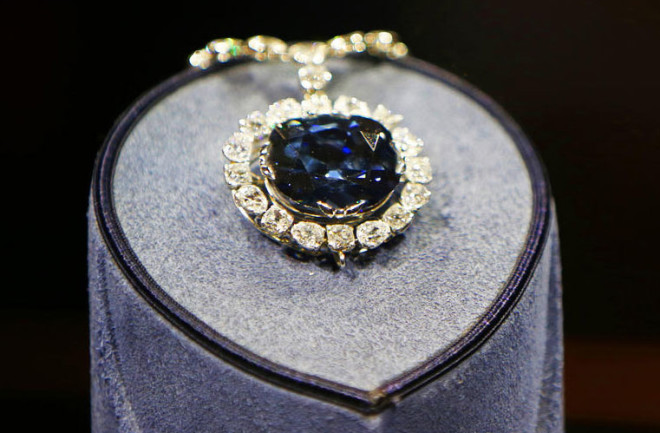 Only a small fraction of diamonds are cut for jewelry; fewer still attain the status of the Hope Diamond. John R. Foster/Science Source

1. Diamond, a particular form, or allotrope, of carbon, is the hardest material we know of. It’s more than twice as hard as the closest competition, silicon nitride and cubic boron nitride.

2. That extraordinary hardness arises from a strong and inflexible structure: Five atoms form a tetrahedron and share electron pairs with each other.

3. In nature, diamond is typically created under extremes of pressure and temperature, deep in Earth’s mantle — about 90 miles or more beneath our planet’s surface.

4. Except for space diamonds, of course. In 2017, researchers re-created, for the first time, the conditions under which they believe diamond rain forms in Uranus and Neptune.

5. These planets have internal temperatures just right for diamond formation. As hydrocarbon gases sink toward their cores, increasing pressure squeezes out the hydrogen atoms and presses the remaining carbon into diamond, which travels through the planet’s heart as very pricey precipitation. Researchers believe a different process creates atmospheric diamond rain on Saturn and Jupiter.

6. Farther afield, the exoplanet 55 Cancri e was once thought to be made mostly of diamond. The 2012 findings were based on data that suggested the planet had abundant carbon under conditions favorable for the mineral’s formation.

7. Sadly, 55 Cancri e lost some of its luster the following year when another team’s analysis revealed there wasn’t quite so much carbon on the planet — making it much less likely to be a diamond in the rough.

8. Back on Earth, diamonds destined for jewelry are, of course, rated by carat, cut, clarity and color, but the latter is a bit of a misnomer. Diamond is naturally transparent. Any hint of hue indicates an impurity or structural deformation.

9. For example, a few nitrogen atoms among a diamond’s millions of carbon atoms can make the rock appear yellow or brown, while blue diamonds have been besmirched with a few boron atoms.

10. The Hope Diamond, the most famous blue diamond, is a lot smaller than it once was. When it was first mined in India in the mid-17th century, the now 45.52-carat rock may have weighed more than 112 carats.

Most diamonds end up in an industrial setting, like this diamond-tipped drill. (Credit: Science Source)

11. As for the Hope Diamond’s “curse”? Sorry, it was a made-up marketing ploy. On the topic of making things up, the first recorded attempt at synthesizing diamonds was back in 1880, when Scottish chemist J.B. Hannay heated sealed wrought-iron tubes that had been filled with a mix of oils and lithium.

12. Alas, the tubes were prone to exploding. Think of it as the first diamond boom! that was also a bust.

13. In 1955, however, labs at General Electric built on earlier research to create diamonds from graphite, another carbon allotrope, that had been subjected to extremes of pressure (nearly 1 million pounds per square inch) and temperature (3,100 degrees Fahrenheit).

14. In subsequent decades, GE and other labs around the world developed additional techniques for creating synthetic diamonds, most of which have industrial applications such as drilling or grinding, for which the material is extremely well-suited.

15. Speaking of suits, playing cards were likely invented in China more than a millennia ago, but diamonds weren’t one of the four suits in a deck until relatively late in the game.

16. The cards appear to have spread along trade routes, first to Egypt and then to Europe by the 14th century. European merchants initially kept the suits created by the Egyptians — swords, wands, cups and coins.

17. By the late 1400s, French enthusiasts had developed the suits that we know today: clubs, spades, hearts and diamonds, the latter representing the merchant class and wealth acquisition.

18. In Renaissance folklore, however, the diamond was considered an amulet that warded off demons and madness.

20. The study’s authors were inspired by an unlikely source: a documentary about Syd Barrett, founding member of iconic band Pink Floyd. Barrett left after a mental breakdown, poignantly chronicled in the group’s tribute song to him, “Shine On, You Crazy Diamond.”