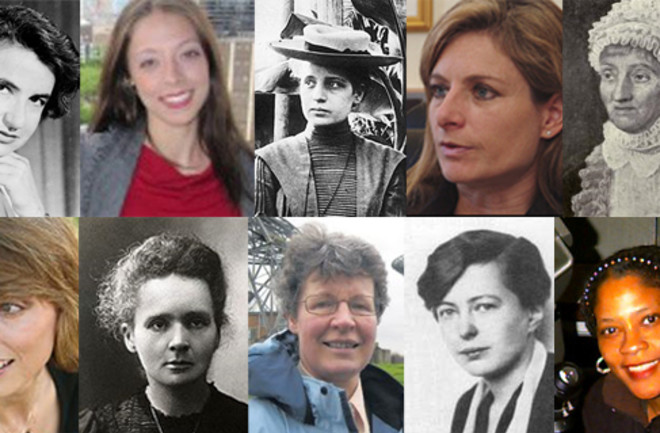 Think about the things that are important to you. Perhaps you care about creativity, family relationships, your career, or having a sense of humour. Pick two or three of these values and write a few sentences about why they are important to you. You have fifteen minutes. It could change your life.

This simple writing exercise may not seem like anything ground-breaking, but its effects speak for themselves. In a university physics class, Akira Miyake from the University of Colorado used it to close the gap between male and female performance. In the university’s physics course, men typically do better than women but Miyake’s study shows that this has nothing to do with innate ability. With nothing but his fifteen-minute exercise, performed twice at the beginning of the year, he virtually abolished the gender divide and allowed the female physicists to challenge their male peers.

The exercise is designed to affirm a person’s values, boosting their sense of self-worth and integrity, and reinforcing their belief in themselves. For people who suffer from negative stereotypes, this can make all the difference between success and failure.

Aspiring female scientists and mathematicians still have to contend with the inaccurate stereotype that men are innately better at them in their chosen fields. On top of the challenging nature of their subject, they also have to deal with the dispiriting nature of the stereotype, and the fear that they might live up to it. This problem of “stereotype threat” is well known. It catches people in a vicious cycle, where poor performance leads to greater stress, which leads to poorer performance and even greater stress, and so on. Miyake’s exercise is designed to break that cycle.

This isn’t the first time it has worked either. It was first used by Geoffrey Cohen (who Miyake works with) to turn the fortunes of black students in American high schools. They too face the problem of stereotype threat. In 2007, Cohen showed that his writing drill boosted the grades of black students, who still benefited even two years later. The gap between them and their white classmates narrowed and their grade point averages increased, particularly among the weakest students.

It was a sensational result and the team wanted to see if it could work in other areas. The issue of women in science was an obvious choice. Women still make up a minorityof PhD students in physical sciences, maths, engineering and computer sciences. Those that do take up these subjects tend to get lower grades during university courses.

To see if their task could help, Miyake recruited 283 men and 116 women who were taking part in the university’s 15-week introductory course to physics. He randomly divided them into two groups. One group picked their most important values from a list and wrote about why these mattered to them. The other group – the controls – picked their least important values and wrote about why these might matter to other people.

This happened twice at the start of the course, and the whole thing was led by teaching assistants who didn’t know what was going on (it was a “double-blind” experiment). They, and the students, were all told that the exercise was meant to improve writing skills.

The task worked. During the rest of the semester, the students sat for four exams that made up most of their final grade. Among the control group, who wrote about other people’s values, men outperformed women by an average of ten percentage points. But among the students who affirmed their own values, the gender gap largely disappeared. Their final grades reflected this shrunken divide: if the women took Miyake’s exercise, far more got Bs and far fewer got Cs.

Miyake also gave the students a standard test called the Force and Motion Conceptual Evaluation (FMCE), which checks their understanding of basic physics concepts. In Miyake’s control group, the men outscored the women, as they usually do. But the women who wrote about their values closed the gap entirely.

In both cases, the exercise was especially beneficial for women who actually believed that they aren’t as good as men at physics. If they boguht into the stereotype, even slightly, it cost them dearly in terms of their scores. Miyake’s task provided them with a psychological shield against this threat, allowing them to achieve results on a par with their male classmates.

Like the study with black students, this one shows how pernicious the problem of stereotype threat can be, even among educated, intelligent women who are strongly motivated to learn about their chosen field. It also tells us how easy the threat is to fight.

Miyake’s achievement is doubly impressive because the physics course had already tried to introduce ways of reducing the gender gap, including extra tutorials. But all of these methods involved more of the same – more teaching, or more problems to solve. Miyake’s exercise, by contrast, had nothing whatsoever to do with physics; it worked because it improved the environment in which women learn physics. Put it this way: if someone can’t hammer in a tricky nail, it might not be because their arm isn’t strong enough. It might be that they constantly have to look over their shoulders while they work.

The trick is to intervene at the right time. A scientific education builds on itself, and you need strong foundations to succeed at later levels. In this respect, Miyake thinks that his value-affirming exercise has two benefits: it break the vicious cycle of stereotype threat, but it also sets up a positive cycle too.

Women who are more confident in their own identity do better on the university course, which would boost their confidence further, allowing them to excel at a higher level, and so on. As Miyake says, “Reducing the gender gap at gateways could not only benefit women’s performance in the short term but also encourage themto choose and persist in a scientific major and career path in STEM [Science, Technology, Engineering and Maths] disciplines.”

The original use of the values exercise: Simple writing exercise helps break vicious cycle that holds back black students