A new method for hunting minor planets uncovered more than a hundred small, distant worlds. And the novel technique could even help resolve the mystery of Planet Nine. 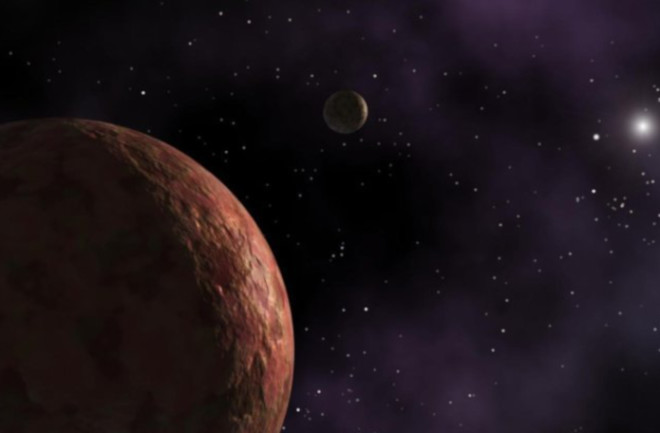 The discovery of 139 new minor planets in the outer solar system, and especially the new method used to find them, might eventually help astronomers determine whether Planet Nine exists or not. (Credit: NASA/JPL-Caltech)

Astronomers have discovered 139 new minor planets orbiting the sun beyond Neptune by searching through data from the Dark Energy Survey. The new method for spotting small worlds is expected to reveal many thousands of distant objects in coming years — meaning these first hundred or so are likely just the tip of the iceberg.

Taken together, the newfound distant objects, as well as those to come, could resolve one of the most fascinating questions of modern astronomy: Is there a massive and mysterious world called Planet Nine lurking in the outskirts of our solar system?

Neptune orbits the sun at a distance of about 30 astronomical units (AU; where 1 AU is the Earth-sun distance). Beyond Neptune lies the Kuiper Belt — a comet-rich band of frozen, rocky objects (including Pluto) that holds dozens to hundreds of times more mass than the asteroid belt. Both within the Kuiper Belt and past its outer edge at 50 AU orbit distant bodies called trans-Neptunian objects (TNOs). Currently, we know of nearly 3,000 TNOs in the solar system, but estimates put the total number closer to 100,000.

As more and more TNOs have been discovered over the years, some astronomers — including Konstantin Batygin and Mike Brown of Caltech — have noticed a small subset of these objects have peculiar orbits. They seem to bunch up in unexpected ways, as if an unseen object is herding these so-called extreme TNOs (eTNOs) into specific orbits. Batygin and Brown — in addition to other groups, like that led by Scott Sheppard of the Carnegie Institution for Science — think these bizarrely orbiting eTNOs point to the existence of a massive, distant world called Planet Nine.

Over the past decade or so, astronomers have discovered a number of far-flung objects that all have very similar perihelia, meaning they make their closest approaches to the Sun at about the same location in space. One leading theory that attempts to explain the clustering is that a massive and unseen world known as Planet Nine hiding in the outer solar system. (Credit: Fauxtoez/WikiMedia Commons)

Hypothesized to be five to 15 times the mass of Earth and to orbit some 400 AU (or farther) from the sun, the proposed Planet Nine would have enough of a gravitational pull that it could orchestrate the orbits of the eTNOs, causing them to cluster together as they make their closest approaches to the sun. The problem is that the evidence for Planet Nine is so far indirect and sparse. There could be something else that explains the clumped orbits, or perhaps researchers stumbled on a few objects that just happen to have similar orbits. Discovering more TNOs, particularly beyond the Kuiper Belt, will allow astronomers to find more clues that could point to the location of the proposed Planet Nine — or deny its existence altogether. Of the 139 newly discovered minor planets found in this study, seven are eTNOs, which is a significant addition to a list that numbered around a dozen just a few months ago.

The new TNOs were found by astronomers at the University of Pennsylvania using data from the Dark Energy Survey, which was not originally designed to look for distant minor planets.

The Blanco Telescope at the Cerro Tololo Inter-American Observatory in Chile houses the Dark Energy Camera, the primary tool of the Dark Energy Survey. Designed to reveal mysteries of dark energy in the universe, data from the survey could also help resolve the mystery of Planet Nine. (Credit: Reidar Hahn, Fermilab)

But Gary Bernstein, astronomer at the University of Pennsylvania and co-author of the new study, has been fascinated by TNOs since “before Planet Nine was a thing” — and even before the Kuiper Belt’s existence was confirmed in the 1990s. “Whenever I’ve gotten my hands on a new camera or something that is a technological advance, I’ve gone out and tried to figure out how to look for trans-Neptunian objects with it,” Bernstein told Astronomy. “And DES, of course, is the biggest, best camera that we’ve ever had.”

DES, an international effort to understand dark energy, began observing the southern skies in 2013, using an extremely sensitive camera mounted on the Blanco 4-meter telescope in the Chilean Andes. Bernstein worked with astronomer Masao Sako and graduate student Pedro Bernardinelli, both at the University of Pennsylvania, to adapt the DES date for identifying TNOs.

“Most people, when trying to find TNOs, have a dedicated way of looking at the sky where they take images a few hours apart and you can see the objects move very easily,” Bernardinelli told Astronomy. The DES data didn’t work that way.

Bernardinelli had to design novel algorithms that could identify moving objects by connecting the dots between DES images, helping identify whether TNOs were present. The researchers then validated their movement-spotting algorithm against known TNOs and also confirmed that they could filter out fake objects.

To start with, Bernardinelli has only analyzed a small subset of the DES data. But when he applies his algorithm to the rest, he expects to find as many as 500 or more TNOs. Then, if the same method is applied to data from even more sensitive surveys on the horizon, such as by the new Vera C. Rubin Observatory, the group expects discoveries of new TNOs to number in the thousands. And with those numbers, astronomers might finally get a definitive answer to whether or not our solar system is harboring a giant planet in its distant reaches.

“It’s a fantastic example of how a survey designed for one area of astronomy — to study the expansion history of the universe — can also produce great science in a completely unrelated area,” Alexander Mustill, a theoretical astrophysicist at Lund University in Sweden, told Astronomy.

The new research was published March 10 in The Astrophysical Journal Supplement Series.

The Question of Planet Nine

Batygin, who is still pursuing his hunt for Planet Nine, calls this new method for finding TNOs “a brilliant idea,” adding that the research has uncovered new objects that may have otherwise gone undiscovered for years.

The hypothetical world called Planet Nine is expected to be a super-Earth or sub-Neptune planet with an orbit that potentially takes it dozens of times farther from the Sun than the dwarf planet Pluto. (Credit: NASA/JPL-Caltech/R. Hurt (IPAC))

Unfortunately, the new objects don’t yet lead to anything conclusive about Planet Nine. The researchers released early results analyzing whether the orbits of the seven newfound eTNOs support the clustering pattern that points to Planet Nine, but so far, they’ve turned up nothing.

“If this were the first dataset that came out, then no one would have come up with the Planet Nine hypothesis because there appears to be no clustering [in the orbits of the new eTNOs],” says Sako. However, he adds that this doesn’t disprove the existence of Planet Nine either. Their method could uncover other eTNOs that do support the proposed Planet Nine — or even spot the object itself.

Ann-Marie Madigan, an astronomer at the University of Colorado Boulder, says, “TNOs are difficult to detect, and so each one we find tells us that there is a much more massive underlying population [of objects] out there,” she says. The more TNOs we discover, the more we can tell if there’s evidence for Planet Nine. Or, alternatively, if Madigan’s own theory of collective gravity of very distant objects eliminates the apparent need for a Planet Nine.

Story of our Solar System

Regardless of whether Planet Nine exists or not, understanding the orbits and properties of TNOs will provide insights into the history of the giant planets, or perhaps past giants that were kicked to the outskirts of the solar system during its early years.

“[TNOs] are relics of what happened in the solar system long ago,” Bernstein says. “They are out there in cold storage.”