From our store: Just in time for the holidays, our partners at MyScienceShop.com put together a list of the best gifts for the science nerds in your life. 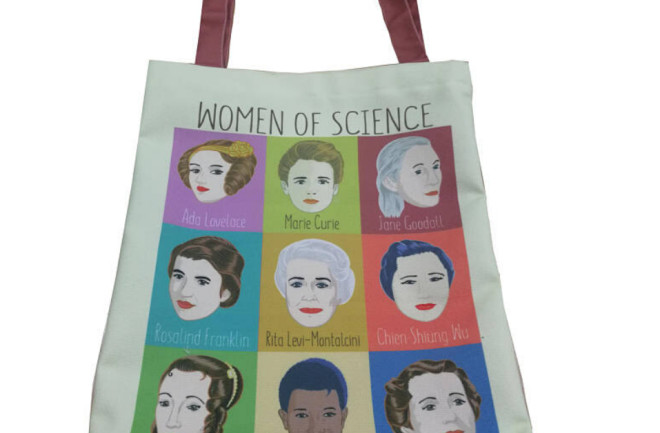 Science nerds can be difficult to shop for. They’ve seen it all — and probably know it all, too.

When the holidays roll around, another gift card or throw blanket just isn’t going to cut it. But rest easy, we’ve got you covered. We’ve taken the guesswork out of gift giving, presenting you with 10 cool science gifts for your science-loving friends, family and significant others.

These science gifts were hand-picked by My Science Shop and cater to the science enthusiasts on your Christmas list — no matter their quirks or interests.

We think this curated collection of gifts checks all the boxes. Dinosaurs? Yep. Outer space? You ’betcha. Chemistry? Of course! Math? Right on.

And if you’re looking for more science gift ideas (or want to pick something out for yourself), head over to MyScienceShop.com. There’s no shortage of budget-friendly, unique science gifts that’ll make hearts — and minds — soar.

Every science (and beer) nerd knows that brews are best enjoyed when poured into a glass. Much of beer’s flavor is locked in its aroma, and an artful pour releases its hoppy, malty goodness.

But any old glass won’t do. A great beer glass can completely elevate the beer-drinking experience. The beer snob on your holiday shopping list will love this pint glass, which comes with a “shot” of science. The Science of Beer pint glass showcases the molecules commonly found in their favorite brew, annotated with the qualities they impart.

How about a science gift that celebrates the trailblazing women who changed science — and the world — with their breakthroughs and discoveries?

No gift says “forever” quite like the tardigrade plush from GIANTmicrobes.

Tardigrades, also known as waterbears, are strangely cute and chubby microorganisms that have proven to be indestructible. Seriously, it is virtually impossible kill a tardigrade. In fact, they’re the first — and only — animal that has survived the harsh and inhospitable conditions of outer space.

Tiny and tough, tardigrades will probably outlive us all. Likewise, this GIANTmicrobes tardigrade is a gift that any science nerd would cherish for years to come.

This Climate Change Mug would be a great science gift for anyone who’s concerned about the consequences of climate change. It's a great conversation starter — adding hot coffee or tea reveals what will happen when the polar ice caps melt.

Cosmos by Carl Sagan was the book of a generation. This timeless classic is the definitive guide to how the universe works. It’s full of Sagan’s thought-provoking insights into the science of astronomy and space exploration. But it’s also a beautiful reflection on the origin of life and humankind’s place in the cosmos. No science buff’s book collection would be complete without The New York Times bestselling science book, Cosmos by Sagan.

If you’re looking for book gift ideas this year, Sagan’s powerful and philosophical masterpiece would be a memorable science gift for all ages. This edition of Cosmos features a foreword from Neil deGrasse Tyson, another prolific voice. Cosmos is the perfect science gift for anyone who’s curious about where we came from and why we’re here — and it’s a great way to introduce younger generations to one of the greatest minds in modern science. There was nothing like it before it was published — and, arguably, there’s been nothing quite like it since.

Could dark matter — the mysterious substance that holds the universe together — be coffee? It’s a controversial theory, but it sure makes lot of sense at 6 a.m. If your space geek loves coffee, give them the best gift in the universe: The Planet Mug. Adding hot tea or coffee reveals the secrets of the solar system. Who wouldn’t want to start every morning by going on a galactic adventure?

It’s not just a phase. Astronomy-inspired clothing will always be cool. The Moon phase beanie is the perfect combination of fashion and science. It’s a great space-themed gift for both men and women that’s cozy and practical. This beanie will keep them warm as they sky gaze on long winter nights.

Illustrated Instructions are sewn inside the hat to help decode the Moon and its motions. Here’s how it works, roughly: Face toward the Sun, and the hat shows you where the moon will be at different phases. Who doesn’t love a gift that makes them think?

Dinosaurs didn’t go extinct because they ran out of coffee. But we’re pretty sure the “caffeineosaurs” among us wouldn’t survive without their morning jolt.

This science mug combines two of our favorite things — coffee and dinosaurs. When you pour in a hot beverage, the dinosaurs on the coffee cup transform into fossils. The aspiring paleontologist on your holiday shopping list will love watching 66 million years pass by over a cup of coffee or hot tea in the morning.

It’s impossible to look at a space photo and not be filled with awe and amazement. There’s beauty, mystery, enchantment and drama everywhere you look in the universe. But stunning space images aren’t just eye candy — they also teach us about the final frontier and help us appreciate our place in the cosmos.

The 2020 Deep Space Mysteries Calendar is a great gift for astronomy fans who dream of exploring the realm beyond our home planet. It’s filled with dramatic images of nebulae, spiral galaxies, planets, star-forming regions, and other mysteries of deep space.

Each month in the calendar provides an overview of what’s happening in the night sky, which makes it an attractive gift for sky gazers, too.

What would it be like to have an astronomer do your personal shopping? The result would be something like the Space & Beyond Box. This subscription box, curated by the minds at Astronomy magazine, is the ultimate gift for people who love outer space.

Each Space & Beyond Box is filled with an impressive collection of space swag — including beautifully illustrated posters, globes, gadgets and educational gifts. Every quarter, the Space & Beyond Box focuses on a different theme or topic in astronomy, ideal for anyone who wants to deepen their understanding of the cosmos and have a little fun while they’re at it.

If you’re feeling extra generous, get the space lover on your Christmas gift list an annual subscription. After all, having a package delivered makes any day feel like Christmas, no matter the season.