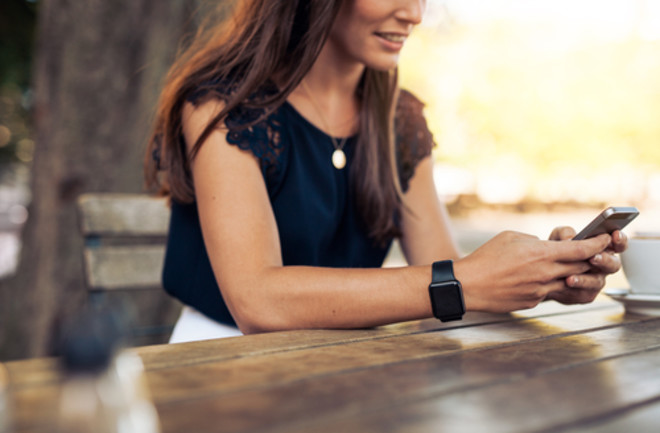 Younger cellphone users are closing the gap between how fast they type on a mobile device and how fast the average keyboard user can type. (Credit: Jacob Lund/Shutterstock)

Texting on a flip phone keyboard in the early 2000s wasn’t a speedy affair. But fast-forward almost two decades later, and we can type out everything from texts to emails on our smartphones. And as time goes on, scientists say our typing speeds are increasing — possibly more than previous studies predicted.

New research presented Wednesday at the MobileHCI conference in Taiwan reveals that people who type with both thumbs on a mobile device average about 38 words per minute (wpm). And young people aged 10 to 19 are now averaging a whopping 40 wpm. That’s in comparison to keyboards, where most modern-day typists reach an average speed of 52 wpm, according to a 2018 study from the University of Cambridge.

And the researchers on this latest study found young mobile users are out-typing their parents by about 10 wpm on their devices — a sign that the younger generations won’t be slowing down anytime soon. The find implies that young people are closing the so-called “typing gap” between our speeds on mobile devices and physical keyboards.

The Kids Are All Right

A previous study put the average mobile typing speed at around 28 to 39 wpm — but these higher speeds were observed in lab settings. Typing rates collected from participants taking a test via an app on their phone were closer to 30 wpm. Many former typing studies also contain much smaller sample sizes, sometimes low as 32 participants.

The new findings gather data from real-world typists, instead of those in a lab setting. And the sample size skyrocketed to 37,370 participants. For this new study, the research team from Aalto University in Finland and ETH Zürich in Switzerland also analyzed results from 160 countries around the globe, with participants ranging from 10 to 59 years old.

The typing tests were in English, so the researchers did see a difference in speed between participants who were native speakers and those who were not. On average, those who spoke English as their first language reached 37.8 wpm, while those who sometimes used English reached 30.4 wpm.

But when it came to comparing ages between typists, the difference was more extreme. Participants 10 to 19 years old knocked out 39.6 wpm on their phones, while those aged 50 to 59 only clocked in at 26.3 wpm.

Differences in typing styles may have contributed to speed gaps as well. Participants noted if they took the test with one finger, two fingers, their thumbs or index fingers. Those who typed with both thumbs had the highest typing speed, 38 wpm, while those typing with both their index fingers reached 32.6 wpm. So using the “hunt-and-peck” method — that birdlike dance some typists do with their pointer fingers — is not the most efficient.

Researchers also looked at how some typing aids, like spellcheck and predictive text, could help or hurt our typing speeds. Study participants liked using the aids, but are they helpful in the long run?

Interestingly, faster typists also generally made fewer errors, but the study could not conclude whether typing aids helped or hurt that ratio. Still, the authors note that further research is required to understand exactly how these programs help or hurt our speed and error rates.