Worst Science Article of the Week: We Can See Your Dreams! 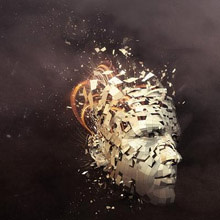 A group of Japanese researchers are claiming that their “mind-reading” machine can read people’s dreams. While it sounds like a novel idea, this is certainly not the first claim from scientists that they can depict what a person sees based on their brain activity—nor the last. Brain imaging has been around for ages. Typically, when fMRI machines are used to read people’s brain activity, the different states are classified into categories and then used to predict a person’s “perceptual state.” So what these ATR Computational Neuroscience researchers are saying they can do is actually reconstruct what a person is seeing. But can they really? In the study, published in Neuron, the researchers flashed 400 images in front of subjects for 12 seconds each. An fMRI machine was used to collect brain activity data, which was then analyzed on a computer to determine patterns linked to how the brain reacted when it saw the images. When the subjects were shown images of letters that read "neuron," the fMRI picked up the brain activity, and once the computer analyzed the brain waves, the word neuron appeared on a screen—indicating a successful translation of a single word. But reading letters is a far cry from being able to read out the complex thoughts and images that make up a dream. So for now anyway, to any researchers claiming to catch your dreams, we say "dream on." Related content: Discoblog: Mind-Reading Machine Puts Woman in Jail for Murder