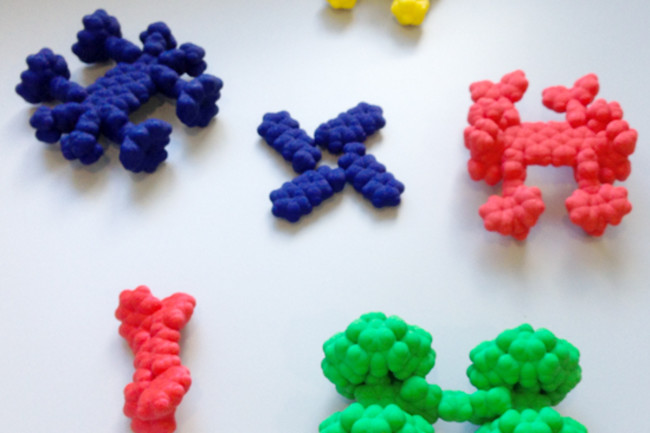 Models of the six nanoscale "vehicles" that will be competing this April. (Credit: CNRS) Four racing teams from around the world will gather in France this spring to compete for a first-of-its-kind title. Their vehicles will "inch" to the starting line and explode into motion to kick off a marathon 36-hour race that will have covered less than the width of a human hair by the time a victor is crowned. The vehicles participating in the race are custom-built tuners assembled out of a few hundred atoms by researchers, which are propelled across the surface of a gold disk by a stream of electrons. The NanoCarsRace is the brainchild of two French researchers with the French National Center for Scientific Research, and adds some high-octane thrills to the fairly serious discipline of manipulating particles on the atomic scale.

Instead of fuel-injected V-8s, the nanocars will be propelled by a scanning tunneling microscope, a piece of precision equipment normally used to take pictures of individual atoms. The microscope works by bringing an extremely fine needle within a nanometer of a sample and then monitoring changes in the current of electrons traveling back and forth. The surge of electrons that the microscope takes advantage of can also be put to other purposes as well — propelling a tiny atomic car, in this case. The instrument used by the racers has been specially modified to control four different needles at once, allowing the cars to race side-by-side. Four teams selected from six finalists will meet on April 28 in Toulouse to square off on a tiny chip of gold with a nanoscale racetrack etched into it. The vehicle designs range from the recognizably car-shaped American design to more abstract constructions, such as the windmill-inspired German submission and a roughly Y-shaped molecule for the Swiss team. Most designs have included molecular features that they say allow for turns, and a few even claim to feature fully functional wheels. 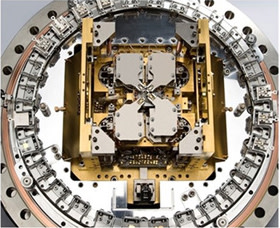 The scanning tunneling microscope used for the race. (Credit: CNRS)

Contestants have a day and a half to cover a distance of around 100 nanometers, or about half a million times smaller than a line from a ballpoint pen, maneuvering around several sharp turns to do so. Despite the short track, the vehicles will be subjected to conditions no Le Mans driver has ever encountered: the gold racetrack will be cooled to around -270 degrees Celsius and the race will take place in an almost complete vacuum. The cars won't be wheeled to the starting line either, they'll be deposited there by an evaporation process. In addition, the the constant pulses of electrons could end up destroying the cars themselves, forcing the drivers to undertake some radical repairs right on the racetrack. While nanoscale races may never rival NASCAR, the competition is helping to advance our understanding of how to both build and use molecular machinery. Everything from the deposition process that places the vehicles on the racetrack to the imaging techniques and the steering itself are used by researchers as they build and study custom molecules. Such nanomachines could go on to find use in our bodies to fight disease, as tiny sensors or even logic gates in a circuit. You can follow all of the action live on April 28 from a livestream on YouTube or the NanoCarsRace website.