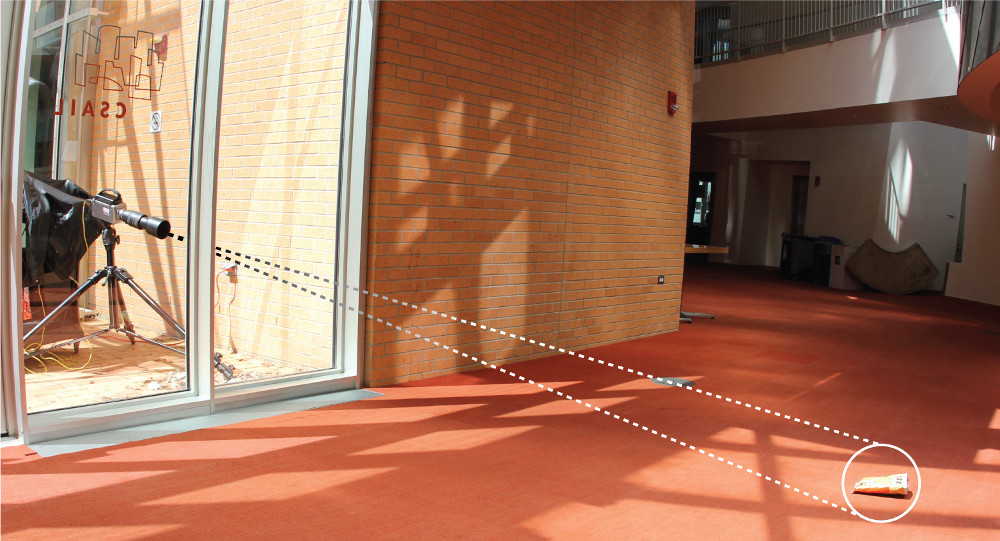 By filming the vibrations of a bag of chips, scientists can now re-create ambient sound. | Abe Davis, et al./MIT

“Mary Had a Little Lamb” has once again made aural history. More than 130 years after Thomas Edison shouted the song to his tinfoil phonograph, making the first human voice recording, researchers from MIT, Microsoft and Adobe recorded the rhyme using the world’s first “visual microphone” — an empty bag of potato chips.

Just as a song’s bass thumps in your chest at a concert, Mary’s lamb caused minute vibrations — just tenths of a micrometer — in the chip bag. While our eyes can’t see the tiny vibrations, the team’s high-speed camera, placed behind soundproof glass, could. By analyzing only the bag’s tiny shakes, they reproduced the whole rhyme, the scientists announced in August.

Theoretically, with most cameras and this general technique, you could leave Doritos in your friend’s room and find out what people are saying about you. Police could one day comb security camera footage and identify a perp by how his voice gonged against a glass of water. But the technique’s most valuable application will likely be using sound to probe the structural properties of objects — studying metal alloys, for instance, by blasting sound at them.

The visual microphone turns the world into an even more data-rich place, ready to be mined, according to lead scientist Abe Davis. “We’ve shown that video, which is everywhere today, contains all this information that we didn’t know was there,” he says. “It adds a new dimension to the way we can image the world.”