Wonder What You'd Look Like as a Neanderthal? There's an App for That 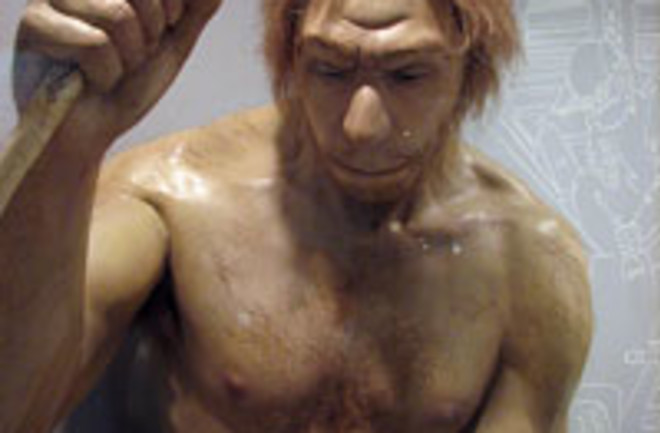 For those people (you know who you are) who wake up, stumble to the bathroom, and look to the mirror hoping to see a species of Homo other than sapiens, you're in luck, thanks to a new app for the iPhone and Android phones. MEanderthal combines an uploaded photo of your face with an early human one created by a paleo-artist using early human fossils.

What changes might you expect when you're Neanderthal-ized? For one thing, your schnoz will most likely expand quite a bit. This larger nasal organ helped early humans warm up and moisturize the cold, dry air during the ice age (no humidifiers back then).

The app will bring today's humans in closer touch with our ancestors, some scientists say... perhaps a little too close.