Wireless providers promise the fastest networks ever. But industries and infrastructure, not smartphone users, will likely get the biggest boost. 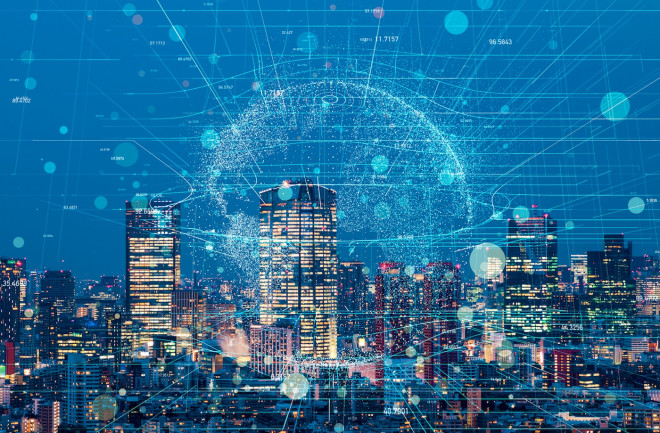 his article appeared in Discover’s annual state of science issue as “With 5G, It's All About Speed.” Support our science journalism by becoming a subscriber.

The Marine Corps Air Station Miramar, near the sunny coast of Southern California, is partially solar powered. Distributed across 24,000 acres, the solar grid is self-contained and secure, but energy production can drop precipitously when storms roll in — with no way to ramp the panels’ electricity production up or down in sync with the weather. But earlier this year, the Marines enlisted a technology more commonly associated with a brand-new Samsung Galaxy than a military compound: The station contracted Verizon to build a private 5G cellular network.

The fifth-generation standard for cellular communications, 5G has generated buzz since it was codified in 2017, beguiling consumers with visions of seamless videoconferencing and video-game streaming. Each of the five generations of cellular has changed society in different ways, with distinct technical improvements generating new levels of digital access. The advent of 2G in 1991 brought cellphones — once a gadget of the rich — into popular use by switching from analog to higher-efficiency digital transmission. Next, 3G facilitated on-the-go video, making the phone into an entertainment system. Then 4G, the standard since 2009, made high-speed web access feasible, the final stage in fitting the world into every pocket.

The promise of 5G is likewise connected to its technical characteristics: 5G most dramatically parts from 4G in terms of the frequencies used to relay information. In addition to the existing channels, 5G will employ higher frequencies previously used only for short-range devices such as cordless phones. The addition of a new frequency range increases the amount of information users can access, and how fast. For instance, many sensors on an energy grid could relay data to a control system almost instantaneously, eliminating the need for costly underground fiber optics. However, there’s a reason these higher frequencies used in 5G networks were mostly consigned to cordless phones in the past. The signal won’t travel very far, and pretty much everything blocks it.

Providing 5G cellphone coverage therefore requires carriers to place transmitters everywhere, augmented by specialized antennas and reflectors. That’s an expensive proposition, even in cities, which may not be justified by the ability to create faster streaming speeds for couples looking to stream Netflix on date night. By contrast, many other technologies would benefit from 5G connectivity, and those aren’t on-the-go like the average smartphone customer.

Matthias Lidén, Ericsson’s head of group supply for the Americas, says the company is working now to make their new 5G system secure and reliable. The new facility allows them to refine the technology while also showcasing the abilities of a smart manufacturing system “in an entirely new way,” he says.

Urban infrastructure can also be improved by 5G, as Las Vegas is already demonstrating, by networking traffic lights with roadside cameras to improve rush-hour efficiency. The system could ultimately bolster safety — and even foster a driverless revolution — by keeping all vehicles and road technology in constant real-time communication. Michael Sherwood, the city’s chief innovation officer, notes that at least 80 intersections are currently outfitted with networks suitable for swapping information about traffic conditions with autonomous cars.

At the Marine Corps Air Station Miramar, the future of transportation will also be explored with the same 5G network that will enable control over the flow of solar energy: A fleet of uncrewed ground vehicles and drones will move materials and, eventually, soldiers. We’ll have to wait and see if they’ll be equipped with the ability to stream Netflix.