William Gibson on the Past and Future 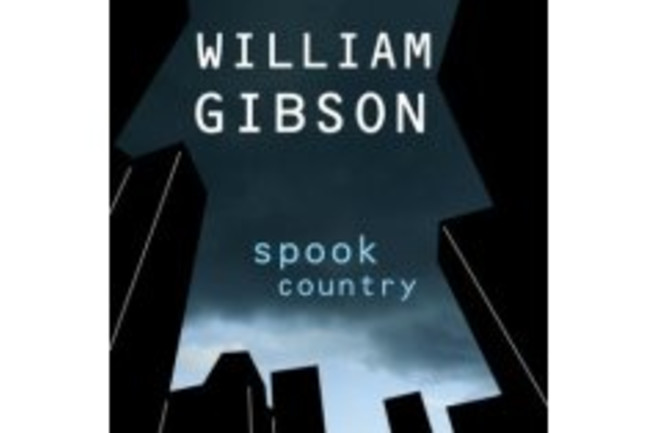 by William Gibson became the first novel to win the three top prizes for science fiction (the Hugo, the Nebula, and the Philip K. Dick awards). It established a new literary subgenre—“cyberpunk,” or digital, fiction—and helped inspire the Matrix film trilogy. In his debut novel, Gibson coined the term “cyberspace” and described the Internet and virtual reality long before they were part of the cultural landscape. In subsequent works, such as Count Zero, Mona Lisa Overdrive, Johnny Mnemonic, Virtual Light, and Pattern Recognition, he continued his habit of prescience, forecasting developments in such complex and diverse fields as nanotechnology, identity theft, virtual art, computer viruses, and information control.

Oddly, Gibson, a former English major, knows little about computers or technology of any kind. And he has always insisted that his fiction was a way to comment on the present day and not to suggest the future. Indeed, his latest work, Spook Country—a high-style political techno-thriller out this month—actually takes place in the (very recent) past, February 2006. The affable and thought-provoking writer talked with DISCOVER from his home in Vancouver, British Columbia.

The publicity materials call Spook Country “a contemporary novel of political paranoia.” Do you agree?

To the extent that it’s an American novel of its time, I think it’s necessarily a novel of political paranoia. Cyberpunk’s got it right. In Neuromancer—although it’s never dated in the book, I always assumed it was happening around 2035—you glimpse the United States, and it’s not that great a place. There doesn’t seem to be any middle class. There’s nothing between these post-human superrich people and the Street, with a capital S. Nobody’s ever more than one door away from the Street. It’s quite grim and maybe it’s become a kind of cliché, but on the other hand, it’s exactly like Mexico City. It’s really similar to a lot of the Third World. And so I think that the cyberpunk future, if you want to generalize it, is a future in which globalization really does work both ways, and everybody—unless they’re very, very, very rich—winds up getting to be part of the Third World.

How do you account for your ability to identify and write about things before other people perceive them?

It sometimes must have involved leaps of induction that I wasn’t conscious of. And the way I experience it myself, it’s like pattern recognition. Something fits in a certain way. For instance, I remember the first time I saw a picture of a personal computer of any kind: It was sort of portable-­looking, and it had a little handle. I knew that everybody would have one of those, and from that, knowing nothing about the technology and all the things they would have to overcome to get there, I just took it for granted that everybody’s machine would be connected with everybody else’s and that they’d be typing to one another, or whatever it was they did. In that regard, I guess I got it right, but I think I got it right because of the profun­dity of my ignorance. Because when I was doing that, there were guys who already had their own kind of Radio Shack computers that they’d built, and I knew some of those guys, and I would talk to them and say, “Yeah, they’re going to hook them all up, and then, and then. . . .” And they would always say: “But there’s not enough bandwidth!” I never knew what bandwidth was, and I probably don’t really know today, but I just knew that they were wrong—that it wasn’t going to matter about the bandwidth. It was amazing to me: These guys were so smart, so technical. They were doing this stuff, but they couldn’t see its potential.

How do you think computer media are affecting our unconscious minds? Do you think that affects people’s creativity for either good or bad?

It must be having amazing effects on younger people, and I’m sure that it’s having amazing effects on me, I’m just not sure what they are. Think of the people on, say, something like LiveJournal, who are totally exposing themselves to their friends, who are like 22 years old, and they don’t know any different, and where is that going to go? Where is that going to go when those people start writing more novels? It’s going to be different. I think that maybe with what I’ve done with writing these very speculative novels of the very recent past, I may be able to sit down and try to look at MySpace and all of that and see where it feels like that goes. Although I don’t know; it may be too generationally specific.

Do you see any positive trend in current society that gives you hope that if we can no longer live without the Matrix, we might live with it more as the character Neo does—we live with it but are not enslaved by it?

The Internet gives me hope that way every day. I think that’s the big one for me. I think if we didn’t have that, I can’t even imagine where we would be now. To me, the Internet is as basic a thing for humanity to be doing as, say, cities have been. It’s that primal, that important, maybe more so. I think it’s a fundamentally new way of doing a lot of things that we’ve always done, and it’s also such a fertile ground for so many things that we’ve never really done at all.

If you could build a little binary time-travel switch between 2007 and 1967, and you toggle back and forth, the biggest difference is the Internet. And it’s one of the things that you just couldn’t have imagined from 1967. That’s a very interesting thought experiment, by the way. I recommend that to anyone: Sit down and choose a year—it doesn’t have to be 1967, of course, but it only really works if you choose a year in your own life—and compare it to your sense of where the present is and look at the difference. What most people experience when they do that is vertigo. It scares them. They say, “Oh, it’s really changed a lot,” and suddenly feel like they ain’t seen nothing yet.

Early on, you were fascinated by how people related to their machines. How do you see the relationship between man and machine progressing?

There’s a blip of that in Spook Country, where they’re sitting around in the coffee shop in Los Angeles and one of the virtual reality art people says, “Cyberspace turned itself inside out.” By turning itself inside out, the digital has become the constant; it’s becoming where we all are, all the time. And really the exotic and kind of weirdly unexplored area is the part of our lives that isn’t online, that for some reason can’t be online.

So in that sort of scenario, people might be in some ways personalizing and fetishizing their hardware. Think about it: You’ve got all this junk lying around that’s got really neat pieces inside it that are capable of all sorts of things—you might as well try to get in there and see what it actually does. Otherwise, you’re just living in this kind of molded little corporate surface world, where they are giving you a pretty little box and you don’t know what’s inside. And the truth is, there’s power inside.