Will We Pick Privacy Over Convenience When It Comes to Drones? 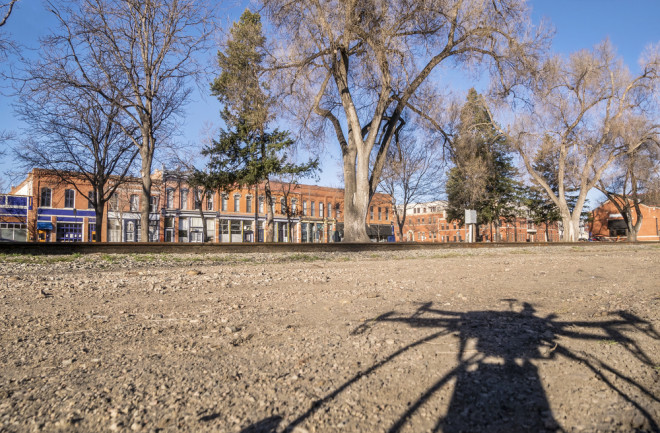 When a Kentucky man shot his neighbor’s drone out of the sky over his house this July, the story hit a nerve. What’s a guy to do when there’s a drone snooping in his backyard, scaring his kids?

It seemed every talking head, from Kentucky state representatives to local news anchors to Fox & Friends, had come to a consensus: there ought to be a law.

Drones hover at an uneasy intersection of state laws and FAA regulations, civil claims for nuisance and trespass, and new state legislation. As a criminal procedure scholar, I’m used to considering the ramifications of domestic drone surveillance by the government, but drones manned by nosy neighbors are something else. The question is, do we really need more laws specific to drones?

Media lawyers Michael Berry and Nabiha Syed would argue not. These laws “either fail to meaningfully address any perceived harm or sweep too broadly,” they write.

Worse, the laws seem unnecessary. Much of the discomfort with drones stems from their ability to spy on people. But there already are laws against unwanted photography or recording of private individuals, and these apply whether the camera is mounted to a drone or to a creepy guy in a stained raincoat.

Additionally, some of the new drone-specific laws seem to conflict with what few FAA regulations we have. For example, Oregon has enacted a law enabling people to sue drone operators who fly over their houses at altitudes of less than 400 feet, after being notified that the residents don’t want them there. Only one problem: FAA guidelines state that drones should not be flown at altitudes over 400 feet. That means any drone operator in Oregon – as long as he’s on notice that his activities are unwelcome –will be in violation of something.

Tennessee has amended its definition of trespass to include anyone flying a drone into “that portion of the airspace above the owner’s land not regulated as navigable airspace by the federal aviation administration.” But the FAA says that they regulate every cubic inch of airspace “from the ground up.”

The virtue of drone-specific laws, if any, might simply be an expressive one: We can all agree that we’re not OK with aerial snooping, we pass a law, and everyone feels better. But if we are serious about protecting privacy, maybe our time and political capital could be better spent.

Domestic drones provide an easy focus for our anxiety. Even if they are not as genuinely frightening as their weaponized cousins, they are visible, right there, outside your window, buzzing around your head or ogling your sunbathing daughter. They make our privacy fears manifest.

A few years ago, a privacy scholar wondered whether the advent of drone technology might shock us into revitalizing our outdated privacy laws, crystallizing our ambient concerns about big data and the surveillance state into one handy package.

That didn’t happen. Instead, public concern remains target-locked on drones, blithely ignoring the inexorable accumulation of billions of bytes of information about everything we do online or over the phone.

Drones remain privacy’s whipping boy both because their applications seem limitless – from dealing sudden death from the sky to “quickly flying flotation devices to people adrift in the ocean” – and because their useful applications are often overshadowed by inconsiderate amateur operators. Under current guidelines, only hobbyist drone operators can fly their devices without an FAA waiver.

New rules expected later this year will allow businesses to fly small drones, but only if they keep them where they can be seen without binoculars. This means that any commercial applications where drones fly beyond the operator’s line of sight, like deliveries from UPS, are still at least a few years in the future.

But as soon as drones start making our lives more convenient, we will probably make peace with them.

There is little reason, for example, to believe that our current indignation about drones over our homes will withstand the siren song of Amazon offering to deposit our latest order on our doorsteps in 30 minutes. We want our cars, our houses, even our fridges to be “smart,” even though Nissan or Nest or GE will then know everything about our movements and our shopping habits.

We carry our phones everywhere, in full knowledge that they can transmit our locations to anyone with a Stingray tracking device, and monitor everything about our fitness, food and friends. We have willingly handed our privacy over to the companies that make our lives more convenient and more fun, because it’s too hard to fight the joined forces of industry lobbyists and our own desires.

My guess is the market will speak, as it always does, bearing us into the brave new drone-friendly world we have made for ourselves.