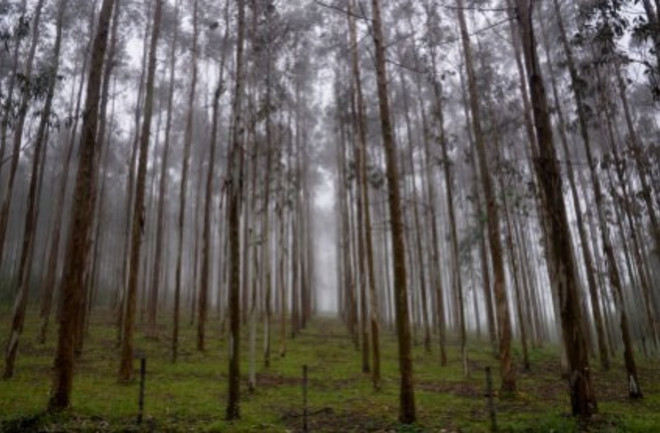 Now that many U.S. farmers have grown used to genetically modified (GM) soy and corn, the controversy surrounding GM crops may shift over to GM eucalyptus–a fast-growing Australian tree that, in its unmodified strains, dominates the tropical timber industry.

Two industry giants, International Paper Co. and MeadWestvaco Corp. have formed a biotech venture called ArborGen LLC that is looking to introduce this tree to the southeastern forests of the United States. The company is seeking greater governmental deregulation so it can roll out its plans of replacing native pines in southeastern plantation forests with the genetically engineered eucalyptus, which can survive freezing winter temperatures.

Unlike the pine trees used in Southern plantations — which have quietly helped displace tobacco in the region’s economy — eucalyptus can deploy a full canopy of leaves within a few years. It is greedy for carbon, and within 27 months can grow to 55 feet in height [The New York Times].  ArborGen points out that the high growth rate will allow the company to grow more wood on less land, which could provide a boost to the region’s timber exports. What’s more, the wood could potentially serve as a biofuel feedstock.

Critics, however, worry that the plant would grow untrammeled, like a weed gone wild, and would consume whole forests and wipe out native foliage. One of the two species used to breed ArborGen’s hybrids, Eucalyptus grandis, had previously turned invasive in South Africa–raising concerns about this tree turning invasive in the south. ArborGen has received conditional approval from the U.S. Department of Agriculture to expand its experimental eucalyptus operations to 28 sites in seven states, for a total of 330 acres of forest. Given the uncertainty involved, however, the Nature Conservancy has recommended to USDA that ArborGen be allowed fewer acres and trees to flower, and none in Florida, [ecologist Doria Gordon] said. The draft permit approved by USDA would allow flowering in 10 sites across the state [The New York Times]. ArborGen has pointed out that the tree that grew invasive in South Africa was thriving in arid conditions, something that would not happen in Florida due its moist climate.

ArborGen also says that the GM trees won’t spread because of a genetic tweak that prevents the trees from reproducing. (Similar techniques have been used to make GM plants like corn and soy infertile, a controversial tactic that forces farmers to buy new seeds each year.) In the case of the eucalyptus trees, ArborGen restricts their pollen production with a bacterial gene that produces a toxic enzyme called barnase that slices apart genetic material in a cell, causing death. Through genetic trickery, the enzyme is only produced in the pollen-spreading parts of the tree, destroying its ability to reproduce — at least most of the time [The New York Times].

It’s not yet clear how the public will feel about GM forests. But scientists note that some trees that have been genetically tweaked to prevent disease have already gained widespread acceptance–like papaya trees in Hawaii that are less susceptible to the ringspot virus, and American chestnuts that resist a deadly fungus. ArborGen’s scientists argue that tweaking eucalyptus trees for commercial reasons isn’t so different from those earlier efforts, and say the trees could eventually play a significant role in biofuel production. Tree geneticist Steve Strauss, who consulted with ArborGen, says: “If we’re going to rely on biofuels as a significant part of a diverse portfolio of renewable technology,” then harvesting trees is the best way to go, he said. “There’s a lot of marginal land that could be used” [The New York Times].