Will Data-Crunching Give Obama an Edge? 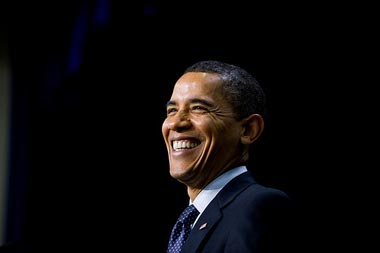 As the 2012 presidential race ramps up, campaigns are courting voters not only at the traditional county fairs and town hall meetings, but online---and generating, in the process, an enormous amount of data about who potential voters are and what they want. At CNN.com, Micah Sifry

in a way that could help them better interact with voters and home in on important issues. He writes:

Inside the Obama operation, his staff members are using a powerful social networking tool called NationalField, which enables everyone to share what they are working on. Modeled on Facebook, the tool connects all levels of staff to the information they are gathering as they work on tasks like signing up volunteers, knocking on doors, identifying likely voters and dealing with problems. Managers can set goals for field organizers -- number of calls made, number of doors knocked---and see, in real time, how people are doing against all kinds of metrics.

No Republican candidates, however, seem to have similar systems in place to help them manage and use this data. Republican technology consultant Mark Avila spoke to Sifry of the Republican presidential hopefuls:

"They have to stop seeing a website as a piece of direct mail that people will receive," he said. "They have to see a website as the equivalent of a campaign office in Iowa, one that is open 24/7." And campaigns need to know how to take quick and well-targeted action to respond to every expression of interest they may get online, he argues, because voter interest in politicians is fickle. Simply sending a generic e-mail reply isn't enough. "If you can make that initial response a phone call from someone in their town or a neighbor, asking them to come to a county fair tomorrow, that's much more powerful."

Read the rest at CNN