Will Amateur-Controlled Drones Take Over the Skies? 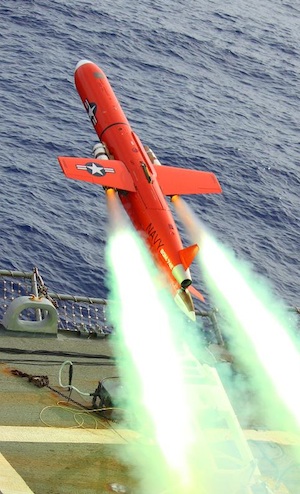 A drone launches from the USS Lassen.

What’s the first thing that pops into your head when you hear “drones”? Military spy planes---or sophisticated toys cultivated by a growing group of DIY enthusiasts? The ingredients that go into an unmanned aerial vehicle, such as autopilot technology, GPS, and cameras, have grown small enough to fit on a toy plane and cheap enough for amateurs to buy, in part because these electronics are also integral components of smartphones. On the Wired Danger Room blog, Chris Anderson, editor-in-chief of the magazine, predicts

the rise of the personal drone industry.

Why? The reason is the same as with every other digital technology: a Moore’s-law-style pace where performance regularly doubles while size and price plummet. In fact, the Moore’s law of drone technology is currently accelerating, thanks to the smartphone industry, which relies on the same components—sensors, optics, batteries, and embedded processors—all of them growing smaller and faster each year. Just as the 1970s saw the birth and rise of the personal computer, this decade will see the ascendance of the personal drone. We’re entering the Drone Age.

Anderson became interested in do-it-yourself drones when he combined a robotics kit with a radio-controlled toy plane during a 2007 “geekdad weekend” with his children. Inspired to improve this first effort, and to share it with a larger community, he created the social network DIY Drones

. The movement blossomed, with a current roster of 26,000 members sending hundreds of new drones skyward each week. For more on the history of drones, their relation to smartphones, and their future, check out Anderson’s post