Why Scientists Are Flying Blood Over the Desert 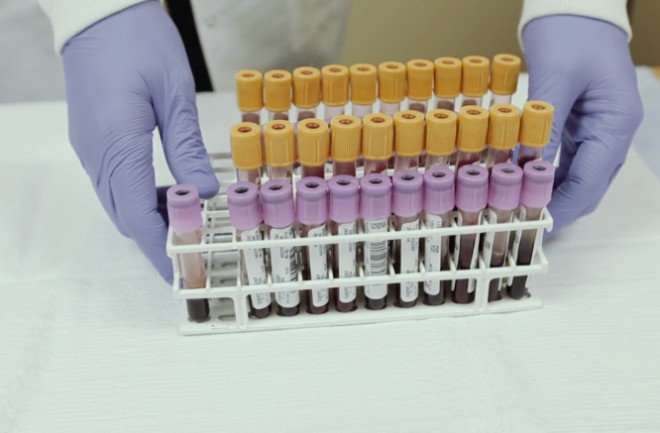 That blood flew for three hours inside a climate-controlled container that was attached to a drone. But why would blood even travel that long via drone, anyways? (Credit: Medical Drones, Vimeo) Drone delivery is sexy. We’ve seen Domino’s pizza and 7-11 Slurpees dropped by drone. And then there are drones delivering something every human needs to live: blood. Timothy Amukele, a pathologist with Johns Hopkins University, and his team flew a drone for three hours with blood samples as its payload to see if drones offer a viable solution to transport blood over long distances in hot temperatures. It took a little ingenuity, but they once again demonstrated the usefulness of getting airborne cheaply.

In July 2015, Amukele helped prove for the first time that hobby-sized drones could deliver blood. Four wheels and pavement is currently the primary mode of transport for blood, but aerial drones could be a superior alternative in areas that lack transportation infrastructure. Scientists need to study drone medical transport to ensure the trip doesn't adversely affect medical samples, according to Amukele. Medical samples (blood, urine, sputum, etc.) are more environmentally sensitive than goods like books or even burritos. Temperature, humidity, pressure, vibration and more can affect blood samples. Up until now, drones had ferried blood deliveries of 40 minutes or less, and at room or cold temperatures. And since there isn’t precedent for packaging samples for long distance drone flights in hot conditions, researchers had to get creative. “The drone we used did not have a bay for holding the samples; so, we built one. It did not have a way to control temperature that was (lightweight) and could run off the drone’s battery—no one did. So we built one,” Amukele wrote in an email to Discover. When creating the packaging, the team did their best to reduce the impact of acceleration, vibration and temperature, which could all influence the reliability on the samples. The blood was taken from 21 healthy adults for a total of 84 samples total. Half of the samples were held stationary inside a car cooled by air conditioning, while the others were packaged in a custom, active cooling box mounted to a hybrid vertical takeoff and landing drone. Then, they flew over the scorching Arizona desert. https://vimeo.com/197929906 Once the drone landed, scientists conducted 19 chemistry and hematology tests on the blood. They concluded that the blood that took flight wasn't significantly different than the blood that remained grounded. However, glucose and potassium levels of the flown and stationary samples did differ, so scientists conducted additional tests that involved shaking blood samples for three hours. They found it wasn't the shaking that impacted the blood tests, rather it was likely the temperature difference of the stationary and flown samples. Ultimately, drones can deliver blood samples over long distances, but doing so requires “stringent environmental controls to ensure consistent results,” according to the study. Amukele and colleagues published their results recently in the American Journal of Clinical Pathology.

Why Test Such a Long Flight?

Blood deliveries fit into two primary categories: blood that's being introduced into a person’s body, and blood that's drawn for further testing and analysis. Drones can deliver both. Drone delivery service Zipline has been shipping blood to hospitals in Rwanda since 2016. The company transports viable blood that's used in emergency blood transfusions. Zipline's aircraft can travel about 92 miles round trip, and can deliver package in 30 minutes or less.

“With emergency deliveries, three hours is a long time to wait, perhaps too long in some cases,” says Justin Hamilton, a Zipline spokesperson. Zipline is expanding its operations in Rwanda and into Tanzania, and will continue providing rapid, on-demand blood deliveries.

Zipline, a drone delivery service that operates in Rwanda, delivers blood to hospitals in 30 minutes or less. (Credit: Zipline) Blood specimens, which can help diagnose patients, are a little different. This blood is tested and then discarded, according to Amukele, so a three-hour delivery isn’t necessarily a significant drawback. “Medical samples in many places already take more than three hours to be delivered. This is not just the case in poor settings, but often in the West,” Amukele wrote in an email to Discover.  Now that we know drones can deliver blood samples over long distances, that could pave the way for more medical samples hitching a ride in the future.