Electric vehicles are notoriously quiet. But new laws are pushing automakers to experiment with unusual noises. 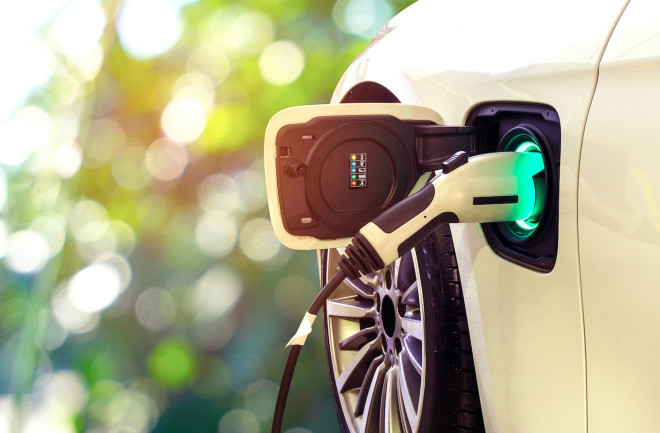 This story appeared in the September/October 2020 of Discover magazine as "Sound Off." We hope you’ll subscribe to Discover and help support science journalism at a time when it’s needed the most.

Six years ago, three Volvo engineers sat on a forest floor in western Sweden, picking twigs off the ground and snapping them in half.

“We were in the woods for two days sampling sounds,” recalls Fredrik Hagman, a sound designer at the company. Three hundred sticks later, they returned to the automaker’s headquarters in Gothenburg, Sweden.

There, they tweaked the sound and pitch of the twig’s snap to create the click of the turn signal indicator used on Volvo’s new electric SUV, the XC40 Recharge.

Car companies have always used sound to enhance a car’s personality and boost the perception of its performance. An effective acoustic signature announces the car long before its arrival, and enthusiasts can identify a car’s make and model — and even the year it was built — based on the distant rumble of its engine.

But electric vehicles, which draw power from a battery instead of a noisy combustion engine, don’t make much noise at slow speeds. The quiet can be dangerous for cyclists and pedestrians, who may not hear a car sneaking up behind them, as well as people with visual impairments who rely on sound to detect approaching vehicles.

That’s the reasoning behind a federal law that goes into full effect in September, requiring electric vehicles to make an artificial sound at low speeds and at standstill. The noise must be loud enough to alert pedestrians, and indicate if the vehicle is speeding up or slowing down. For car manufacturers, it’s an opportunity to create distinctive sounds, giving electric vehicles their own flair.

“This is the wild, wild West,” says Jonathan Pierce, senior manager for global experiential research and development at HARMAN International, which designs and engineers branded audio systems for automakers.

Car companies have already begun floating unorthodox ideas. For example, Lincoln hired Detroit Symphony Orchestra musicians to create alerts, blended from percussion and stringed instruments, for its latest SUVs. Meanwhile, BMW tapped Hans Zimmer to compose noises for its Vision M Next, making the concept car sound like the backdrop to an action thriller — like the thrumming, bass-heavy scores for Inception and The Dark Knight.

At speeds above 18.6 mph, both gasoline and electric cars generate noise from wind resistance and tires. But below that threshold, electric vehicles are often silent, which is why the new U.S. regulations require these cars to emit sounds of different frequencies while traveling at speeds up to that limit.

The sounds must vary in volume when the vehicle is accelerating, decelerating and reversing. At standstill, the cars must make a sound of at least 40 decibels, about the volume of a refrigerator softly humming.

Manufacturers usually approach HARMAN with only vague ideas of how they want their electric cars to sound. “We commonly hear, ‘We want our car to sound futuristic,’ ” Pierce says. “Often they say, ‘Make it sound like a spaceship.’ ”

That’s why HARMAN came up with 40 terms to describe the driver and pedestrian experience. The lexicon ranges from aggressive (“like the crack and pop of a Porsche”) to futuristic (“like a pulsing or droning”), Pierce says.

“We need to develop a whole new language,” he says. “And we need to take a more scientific approach than five people standing in a parking lot, giving a thumbs up or thumbs down.”

HARMAN’s largest study, in 2018, invited participants to a sound studio where they listened to recordings captured from the driver’s seat and a pedestrian location near the car at different speeds and distances. Judgments ranged from “pleasant” and “effortless” to “labored” and “annoying.”

But adjusting the volume means more than giving the cars new noises — background ambience can dull or heighten the impact of a vehicle’s sounds. So Truls Berge, a research scientist at SINTEF in Norway, wanted to investigate just how much noise a car has to make to warn pedestrians of its presence in different settings.

In a 2019 study, Berge’s team asked eight participants — three blind and five sighted people wearing blindfolds — to press a button when they heard a test vehicle approaching. Using a Nissan e-NV200 electric van with a front-mounted loudspeaker, the team could adjust sound levels on the car. They could also adjust the level of background noise via a loudspeaker broadcasting ambient city sounds.

While electric vehicles will need to make artificial noise at or below 18.6 mph, they have another challenge as well: cutting through varying degrees of background noise. (Credit: Jackie Niam/Shutterstock)

The results showed that the efficacy of those warning sounds depended on background noise. A city center at rush hour might need a louder car to pierce through ambient noises, while a residential street at night could be flooded with unnecessary volume from the same vehicle.

“If you’re on a loud, busy street in the city, the warning sound may be no use,” says Berge. “If you are in the countryside, it might be annoying.”

Researchers like Berge say that the regulations on minimum noise should depend on the setting — and that the current one-size-fits-all approach is not as effective. HARMAN says it’s too soon to have meaningful scientific data that point to global consumer preferences. “This guessing game places tremendous pressure on the automakers,” Pierce adds.

That’s especially true for multinational car companies like General Motors Co., which plans to launch more than 20 new electric vehicles by 2023. “A sound that works in the U.S. may not work in Europe,” says Doug Moore, who oversees noise and vibration regulations for vehicles at GM.

“We prefer the opportunity to allow our customers the freedom to choose,” Moore adds. “Sounds are a subjective thing, and if people have the ability to choose, we can make the customers happier.”

Engineering automotive sound, whether the bland bleat of a commuter car or the expressive rumble of a sports car, is a delicate balance. Brands known for their distinctive acoustic feedback must be mindful not to alienate longtime fans. Porsche executives were cognizant of this when creating an artificial sound to evoke the potency and capability of Porsche’s gasoline engines for the new Taycan electric sedan.

“The sound becomes a driving point for the overall characteristic of the vehicle,” says Pierce. “You could really get this wrong.”

Jaclyn Trop has written about the automotive industry for The New York Times, The New Yorker and other magazines.