Who Isn't Profiting Off the Backs of Researchers? 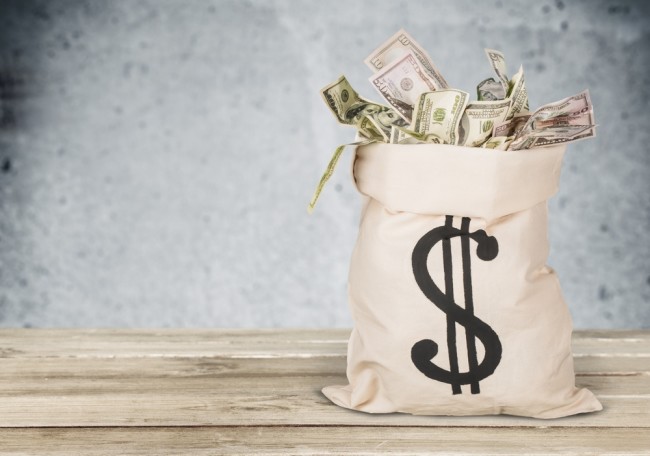 ResearchGate-gate isn’t quite as catchy as other scandals, but it is something we might be hearing more about in the future. A recent article published by Sarah Bond at

encouraged researchers to remove all of their articles from the for-profit company, Academia.edu. This has led to a wave of account deletions at the site, and also at ResearchGate, two sites dueling with each other to become the “Facebook for academics.” The issue Bond raises is this: Why should companies generate profits from research with little transparency? It’s a good question. This sounds suspiciously like the entire scholarly publishing ecosystem to me, and it is not clear why Academia.edu is in Bond’s crosshairs. For decades, for-profit companies have been making vast sums of money from researchers’ work, and often with profit margins in excess of 35 percent, greater than those even of Google (25 percent) Apple (29 percent) and even the largest oil companies like Rio Tinto (23 percent).

The traditional scholarly publishing market is worth an estimated $25.2 billion USD each year, most of which is generated through publicly funded researchers who provide their work for free to publishers, having that work reviewed for free by their peers. Then, publishers turn around and sell each piece of research for around $40 a copy. In exchange, researchers get an extra line on their CV and a trip to the journal’s headquarters to celebrate contributing to the publisher’s vast profits—I mean, humanity’s corpus of knowledge. This is a vast, global ecosystem that researchers fuel every day, and one that is undergoing quite a state of upheaval at the moment as more researchers realize just how daft the whole thing is. So why treat ResearchGate and Academia.edu differently? In her Forbes article, Bond states:

“Moving our papers away from Academia.edu is then about taking possession of our work and deciding what we do with it, rather than allowing a private company to use our scholarship for profit.”

This critique of Academia.edu is a bit odd, as the academic publishing system is exactly that: private companies making money by taking researchers’ work and then selling it. One of Bond’s key arguments is that in December 2016, Academia.edu revealed its premium feature alternative business model. Going “premium” provides additional information to users such as who is reading their work, the reader’s academic role, geographic location, university affiliation, as well as the source directing them to your work. Bond argues that this promotes academic class politics and hierarchical stratification. Additionally, Bond argues that the platform can now collect and evaluate data provided by users, and possibly sell it. Again, it is not clear how this differs from publishers that harvest data based on content researchers freely provide. But by all means, if this concerns you as a researcher then delete your accounts. But you should probably also then stop giving your research away for free to private publishing companies too. And delete your Facebook and Twitter accounts too, while you’re at it.

Two Sides to Every Coin

If anything, these data analytics on both platforms provides a valuable service to researchers. Both provide metrics on article re-use that are useful for researchers in seeing how their work is being digested by the community. ResearchGate even provides citation scores now too for researchers, similar to Google Scholar and other for-profit platforms like ScienceOpen. And all of them do this for free to users, removing some of the domination over citation metrics that Web of Science and Scopus, both premium and privately owned services, used to have. Richard Price, the CEO of Academia.edu, has even stated “The goal is to provide trending research data to R&D institutions that can improve the quality of their decisions by 10-20 percent.” That sounds pretty useful to me for a lot of different stakeholders, including researchers themselves. So here’s the question: Why does it matter if they are making money from publishing data? If someone sees an opportunity in making large-scale assessments about scholarly publishing and research in general, isn’t that a good thing? One of the main reasons why we publish is so that other people can re-use our work. Publishers don’t pay researchers for giving them their work, so it remains unclear to me again why this should be viewed as different for ResearchGate and Academia.edu. Except that these platforms seem to legitimately give something of value in return beyond a brand name. As such, Bond’s arguments aren’t particularly convincing; they seem to ignore the bigger picture of our enormously broken scholarly publishing system. Things have got so bad, that whole universities and countries are now taking a stand against the profiteering nature of some publishers. Making money while improving the overall system of scholarly communication is feasible, and none of the arguments put forward convince me that either platform is in actual conflict about this.

It’s no great secret that a large chunk of the articles posted on both platforms are done so illegally. Many publishers require authors to transfer their rights in order to be published. While this practice is in itself questionable, this does not legally justify the large-scale copyright infringement that is so apparent on both sites, irrespective of how useful it might be to authors. As a consequence, one of the biggest scholarly publishers, Elsevier, sent 2,800 DMCA takedown requests of articles it published that were illegally hosted on Academia.edu. While this was a generally bad PR move for both Elsevier and Academia.edu, Elsevier were technically fully within their rights to do so. An overarching problem here is that ResearchGate and Academia.edu are not accountable to anyone but their shareholders. When questioned about illegal file hosting, they can simply wave their hands and say it has nothing to do with them; instead, fault lies with the choices of their members. In the meantime, they can both keep using this illegal content to enhance their data analytics, which is perhaps more of an issue than what they then choose to do with such data. One can easily be fooled into thinking that this sort of ‘dark sharing’ with ResearchGate and Academia.edu is a good compromise for getting open-access publishing right—it’s not. If anything, dark sharing undermines open-access progress by providing a quick shortcut that lacks the stability and management of a journal or repository system. But at the end of the day, even open-access is being used as a way for publishers to make additional money from your work. While around 70 percent of journals indexed by the Directory of Open Access Journals do not charge to publish, the majority of large publishers often charge in excess of $3,000 to publish. Posting to Academia.edu is no more difficult than freely posting to an institutional repository, yet with allegedly more than 47 million members at Academia.edu, publishing there is appealing. Academics precariously use it as a professional advertising tool, and in an academic environment where egotism and self-marketing is rewarded more than sharing, it is easy to perhaps see why one is more popular than the other.

All Is Not Lost

There are many institutional repositories out there that have one job: make researchers’ work open-access in a manner that is compliant with funding mandates and publisher policies. There are a host of other subject-specific or cross-disciplinary repositories too. These include Zenodo, a non-profit and funded by OpenAIRE, the European Organisation for Nuclear Research, CERN or the arXiv, which has been hosting articles since 1991. Ethan Gruber has even recently launched a tool that transfers all of your content between Academia.edu and Zenodo, for those interested. For me, I deleted both of my accounts through redundancy as I was just not seeing the value in them. I have already made all of my research openly available through my institutional repository at Imperial College, as required, or available at open-access journals. Being in a position where you can delete ResearchGate and Academia.edu accounts is actually a position of academic privilege, and telling other authors to do so could be inconsiderate of their position and status. So I think a lot of the angst towards Academia.edu and ResearchGate might be better placed elsewhere. We have an entire scholarly publishing system that is largely fueled by taxpayer money, but governed and constrained by private interests, and that should be something of much deeper concern. ResearchGate and Academia.edu are small fish in this vast sea of profit-seeking. The real question is what do we do when private interests actually start to interfere with those of the public, as many scholarly publishers actively do by prohibiting access to research – indeed, this is how they make their money. I don’t see Academia.edu and ResearchGate doing that, or at least not to an extent that is greater than any other for-profit company involved in scholarly publishing. If you want to actually do something useful, choose open-access, and share your research far and wide. Just don’t lock it up. Author note: Thanks to Lisa Matthias and Penny Andrews for discussions on this topic.