Which Sci-Fi Films Get Cited in Research? 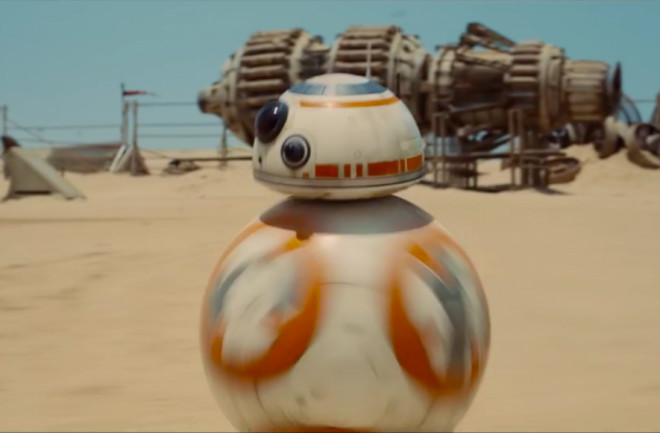 The BB-8 droid from "Star Wars: The Force Awakens." Credit: Disney | Lucasfilm Do the robots of "Star Wars" or the genetically-engineered dinosaurs of "Jurassic Park" have any influence on real-world scientific research? Many scientists and engineers can probably list their favorite science fiction films that inspired their careers and work. But data science could help dig deeper into science fiction's influence within the thousands of research papers found in online databases. This idea of identifying influential sci-fi films in research grew out of a conversation I had with Sparrho, a UK startup founded by ex-scientists who wanted a better tool for finding relevant research. Since 2013, Sparrho's founders have developed a search engine for scientific research that uses machine learning algorithms to tailor search result recommendations to each user's individual interests. Sparrho also has access to the online database of the British Library, the UK's national library, through a special partnership. That means the online service can access research paper abstracts going back to the 1890s.

The Sparrho team graciously agreed to trawl through the available data in search of possible sci-fi influences. Katja Bego, a data scientist at Sparrho, started out with a list of 40 popular science fiction films selected through a combination of moviegoer ratings, movie critic ratings and box office gross. Films that appeared in the top 100 lists in at least two of those categories made the cut. Bego then ran searches for the movie titles among the abstracts and titles of research papers in the British Library database. She also manually checked the results to only count papers that explicitly referenced and discussed the films. Articles that merely mentioned a film title in passing did not count (e.g. "Other blockbusters, like movies A,B & C, were less profitable.") Some films such as "The Matrix," "Terminator" and "Alien" generated too many search results to filter manually. In those cases, Bego ran an approximate search by looking for common keywords related to the films. Here is the list of popular sci-fi films that turned up at least two relevant search results. Not all the relevant search results represent physical science research; they also include film studies or social science results. (The film list also includes the dystopian film "Soylent Green" that isn't necessarily among the most popular films, but was thrown in as a wild card.)

This list overlaps to some degree with informal polls of researchers done in the past. In 2015, a Popular Mechanics poll that included "dozens" of scientists generated a list that included "2001: A Space Odyssey," "The Matrix," "Jurassic Park" "Blade Runner" and "Star Wars." A 2004 poll of scientists by

Bego kindly provided a few more details about the results and types of relevant research for each of the films that made the Sparrho list. I've also included a brief plot summary for people unfamiliar with these films.

Scratching the Surface of Sci-Fi's Influence

Keep in mind that this represents a small sampling of science fiction film citations. First of all, the search results exclude research papers or studies that don't explicitly reference the film titles in the abstract or title. That may leave out many—perhaps the majority—of research papers that took inspiration from science fiction films. (After all, it may not necessarily pay for researchers to reference Hollywood films in papers they're submitting for publication in serious journals.) The Sparrho sample search also does not necessarily include the influence of science fiction on private sector or military research. Such research does not always show up in public, peer-reviewed journals, or even patent records. For example, the "Star Wars" series alone has probably had a big influence on certain research efforts to develop certain U.S. military technologies. But even this incomplete sampling still provides a useful peek into how science fiction may influence certain areas of research. For example, some popular science fiction themes showed up more frequently than others. "Robot" showed up in the research papers 89 times. "Artificial intelligence" also had a strong showing with 29 references. Perhaps because of limitations in modern research, "time travel" was only mentioned two times. Papers that focused on the most popular or well-respected science fiction films—such as "Star Wars" or "Blade Runner"—tended to discuss the film stories as a whole or consider their roles in cinematic history, Bego pointed out. By comparison, films that generated the most research papers with a "hard science" focus tended to be smaller films with more unique or niche topics. The film "Minority Report" is commonly associated with surveillance state technology. "Soylent Green" is associated with the idea of highly processed, unnatural food in a dystopian future ("Soylent Green is people!")

Sparrho's search only includes movies released before 2010. That's in part because of the British Library's data set and the fact that not enough time has passed for more recent films to inspire related research. "This unfortunately means that movies like 'Interstellar' and 'Ex Machina,' which have generated quite a lot of buzz in science journalism, are not included in this analysis," Bego said. Maybe future efforts to survey science fiction's influence on research could include some of the latest films. 2015 has already been a huge year for Hollywood's most popular science fiction franchises between "Jurassic World" breaking box office records over the summer and the hotly-anticipated debut of "Star Wars: The Force Awakens." The "Terminator" series also came out with a somewhat less well-received entry called "Terminator Genisys." On a more serious science fiction note, "The Martian" has been doing extremely well with its story of one astronaut's attempt to survive on Mars. The line between science fiction and reality also continues to blur. For the latest "Star Wars" film, real-world technology and science fiction can almost seem indistinguishable in at least one case: The rolling BB-8 Droid that has become a smartphone-controlled robot toy for legions of "Star Wars" fans. https://www.youtube.com/watch?v=A_K10fX9DSY Have any thoughts about science fiction influences on research that might have been missed? Let me know your top candidates in the comments.