Where Bullet Trains Run the Gauntlet

In a giant wind tunnel, trains meet the challenge of rain, snow, sleet, and heat. 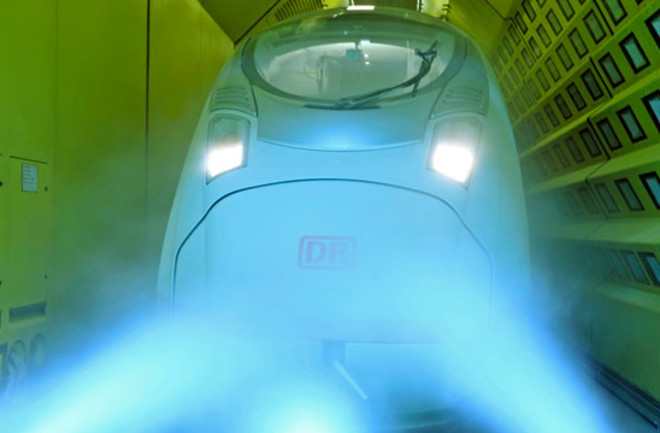 Artificial snow pelts the lead car of the 460-passenger Velaro D, Germany’s newest high-speed train, during extreme weather testing at the Rail Tec Arsenal research facility in Vienna. As part of its safety tests, Siemens, the train’s manufacturer, purchased 1,000 hours in a 300-foot-long wind tunnel, where independent inspectors exposed a prototype to rain, sleet, and snow in temperatures ranging from below zero to more than 110 degrees Fahrenheit. Concerns over high-speed rail safety emerged in July after two bullet trains collided in China, killing 39 people and injuring 210. Bad weather may have played a role in the crash.